More than a basic beach house, this family retreat in Spring Lake, New Jersey, is designed for year-round living.

For a small town, Spring Lake, New Jersey, has an unusual number of nicknames: the Town by the Sea (which somehow earned a trademark), the Jewel of the Jersey Shore and the Irish Riviera, a reference to the many residents of Anglo-Irish descent. During the Gilded Age, Spring Lake was like a miniature Newport or Bar Harbor, attracting society families from New York and Philadelphia. Almost all of their mansion-size “cottages” long ago disappeared, but they’ve been replaced by equally gracious homes, many in the Shingle style of the originals. Whether in the quaint village center or on tree-lined residential blocks, so much care has been taken to preserve the historical look of things that it can be difficult to tell the age of buildings in Spring Lake. Consider the house you see here. It was built in 2002 to fit in with the earlier homes on its street. 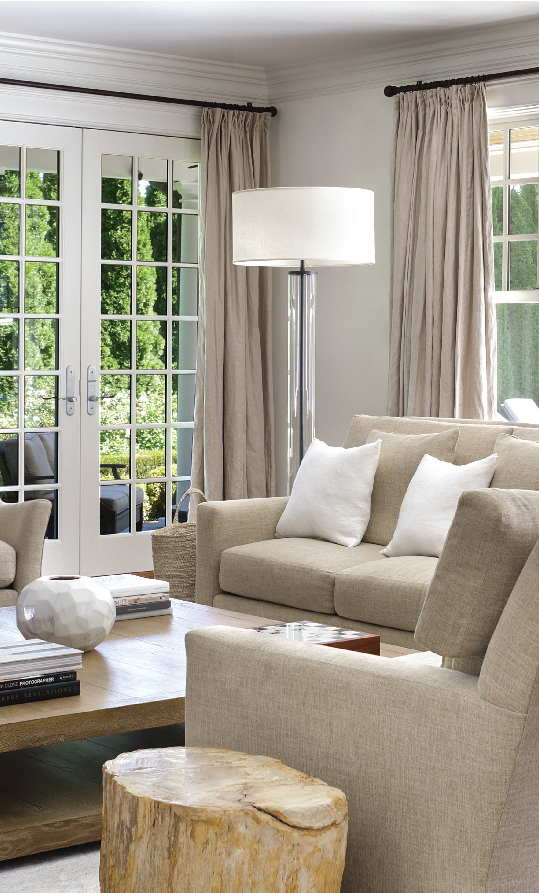 With its massive limestone lintel, the fireplace in this family room looks both modern and ancient. A side table of petrified wood, unpatterned fabrics and wood finishes complete the relaxed, natural look.

In 2016 and 2017, the house was extensively remodeled—and now it fits in even better. While the new homeowners insisted on traditional architecture throughout, they chose to furnish the interiors in up-to-date style, a transitional hybrid of classic and contemporary. Designer Karin Krinsky of Safavieh, who handled the project, sought to achieve an unfussy beach house vibe. The old formal dining room, for example, was furnished with an unadorned table and sideboard in Canadian birch with a gray finish. 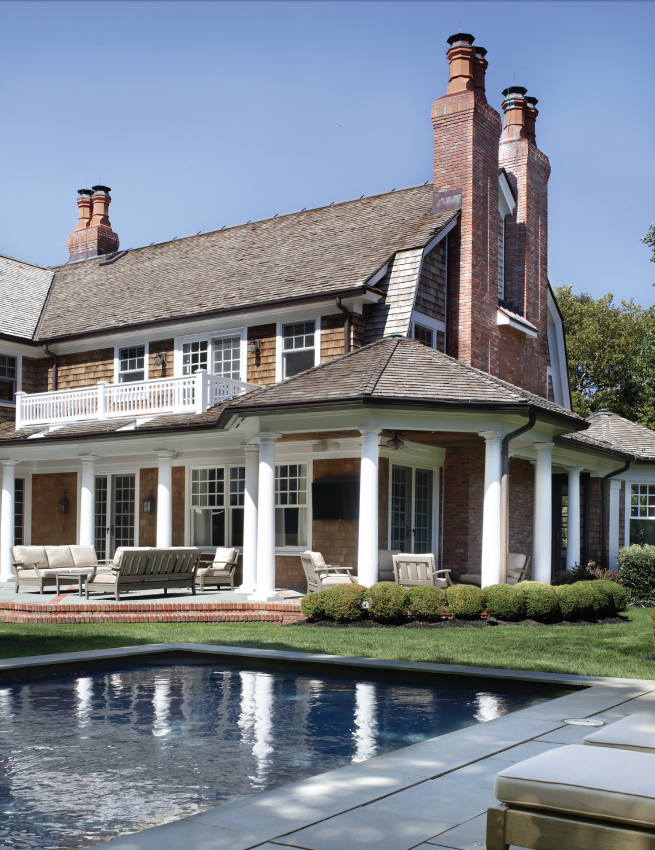 Atop the sideboard is a casual tableau of framed pictures and sculptural pieces. In the family room, an end wall is dominated by a fireplace with a massive limestone lintel, which looks both modern and ancient. A side table of petrified wood (which Krinsky says weighs a good 500 pounds), neutral, unpatterned fabrics and wood finishes complete the relaxed, natural look. Although the family room is perfect for a party, the social hub of this house is the lower level, with its commercial-size bar, pool table and sprawling sectional seating. New oak cabinetry and millwork, made to look more than a century old, anchors the space in the past—making it, as Krinsky says, “very Spring Lake.” 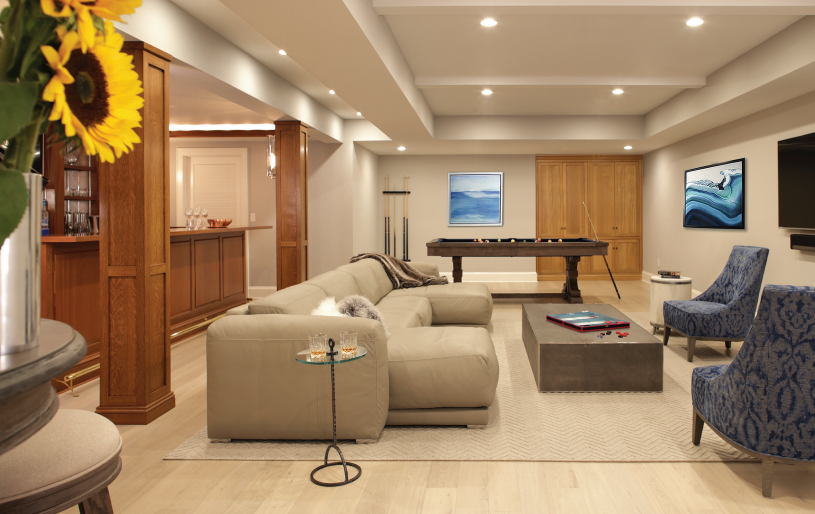 The social hub of this home is the finished lower level, an architecturally modern space whose oak built-ins reference Spring Lake’s past. Each of the family’s five daughters has a bedroom, and each is furnished uniquely. At right: A graceful upholstered sleigh bed is topped with a pretty embroidered coverlet. Opposite page: The large formal dining room has been furnished casually, reflecting the relaxed nature of beach-house living. A simple gray sideboard is home to an informal tableau of art and accessories.