Thanks to subtle contrasts, the newly furnished rooms of this Chatham, New Jersey, home exude a quiet drama. 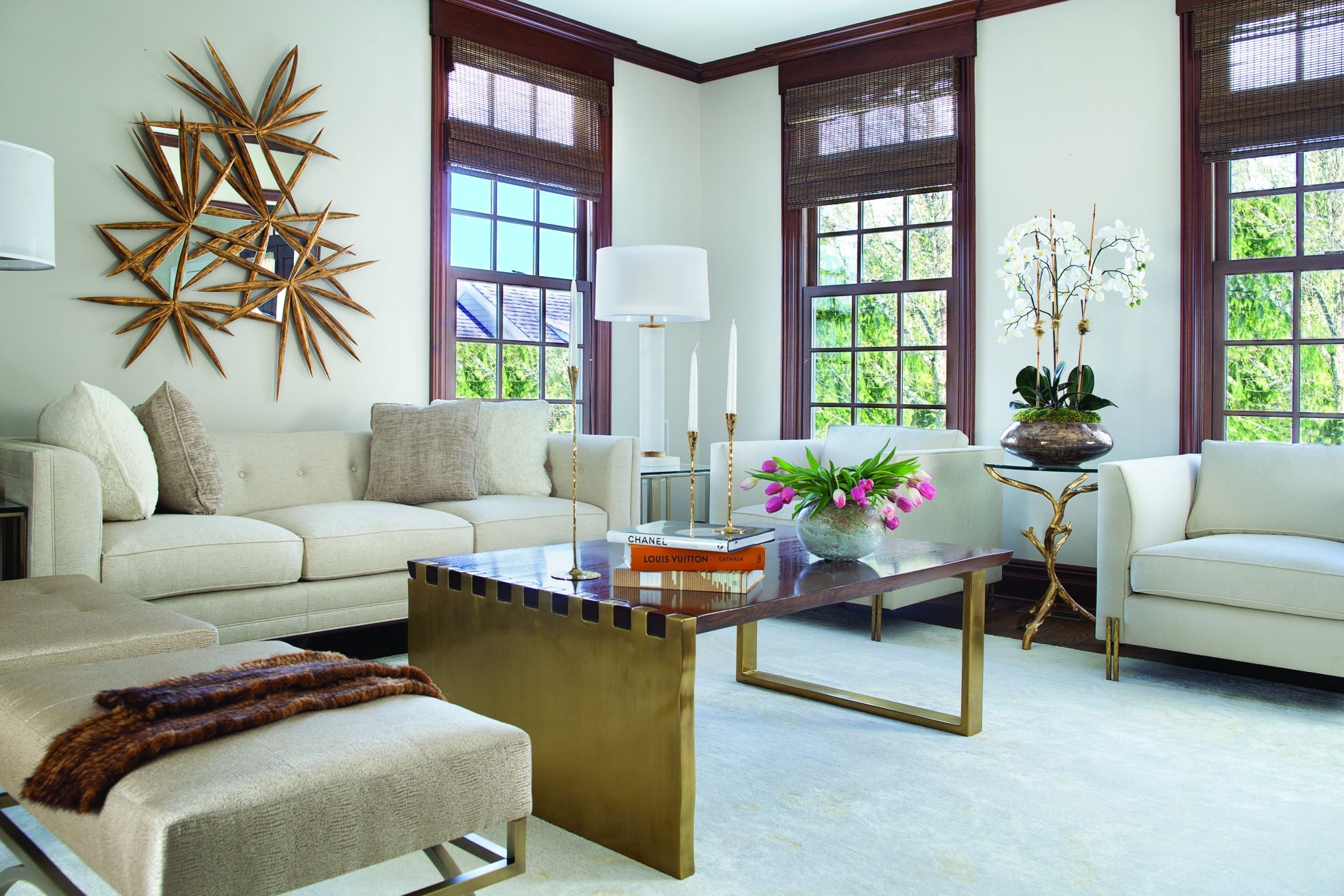 This charming living room rewards the eye with subtle contrasts to Kosh Palmer’s low, linear, light-colored furniture arrangement. The contrasts range from the diagonal spikes of the wall mirror, to the dovetailed edge of the coffee table. to the improbably thin metal legs supporting the deep-cushioned Kelly Wearstler chairs.

Contrast is a key element of interior design, and there are many ways to evoke it—through color, texture, solids and voids, patterned and plain surfaces, horizontal and vertical angles…. Kosh Palmer, a designer based at Safavieh’s Livingston, New Jersey, flagship store, used all of these techniques—and angles especially—to furnish an appealing family home in the nearby town of Chatham.

Wood-stained trim may be out of favor, but Palmer employed it ingeniously in the 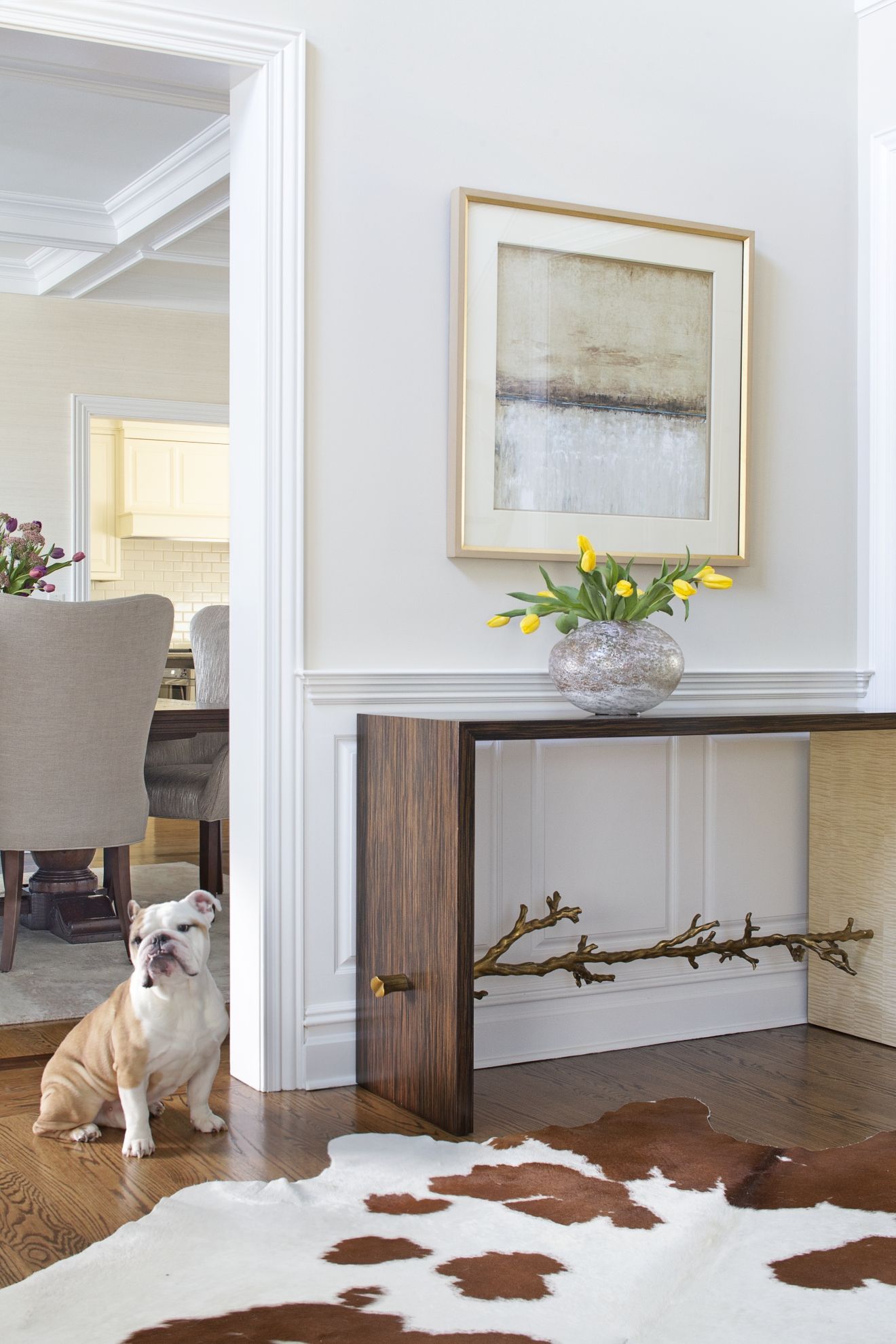 A naturalistic metal tree branch skewers a modern console table in the entrance hall, where Tebow, an English bulldog, surveys his domain.

living room to emphasize the vertical lines of the full-height windows. Picked out in this way (and harking back to the ubiquitous chestnut trim that was part of the New Jersey design vernacular of a century ago), the windows form the perfect contrast to Palmer’s low, linear, lightcolored seating plan for the room.

There are two clear statement pieces in this space, and both rely on angular contrast to stand out: The wall mirror consists entirely of diagonals—irregular shards of glass framed by spiky gilt metal fronds— while the coffee table, for its part, presents a dramatic wood-and-metal edge that mimics dovetail joinery.

The theme of angular contrast continues in other rooms of the house. In the entrance hall, a naturalistic bronze tree branch skewers the smooth uprights of a console table. Adjacent to the hall is a formal dining room, where a distressed wood refectory table balances squarely on a massive trestle base. Surrounding the table are pretty, contemporary takes on the traditional wing chair. The chairs form a series of sinuous curves clustered around the perpendicular core of the table. Presiding over the scene is a gilt sunburst mirror—not the expected circular one, but a large horizontal rectangle.

Some interiors put visitors on high alert, fairly assaulting the senses with luxury touches. These rooms, by contrast, exude a quiet drama. Like the soft spoken Palmer herself, they communicate with a subtle eloquence that rewards one’s attention.

In the dining room, a distressed wood refectory table contrasts with sweeping curves of contemporary wing chairs. An imposing gilt sunburst mirror presides over the scene.