Small details heighten the sense of luxury in this serene suite. 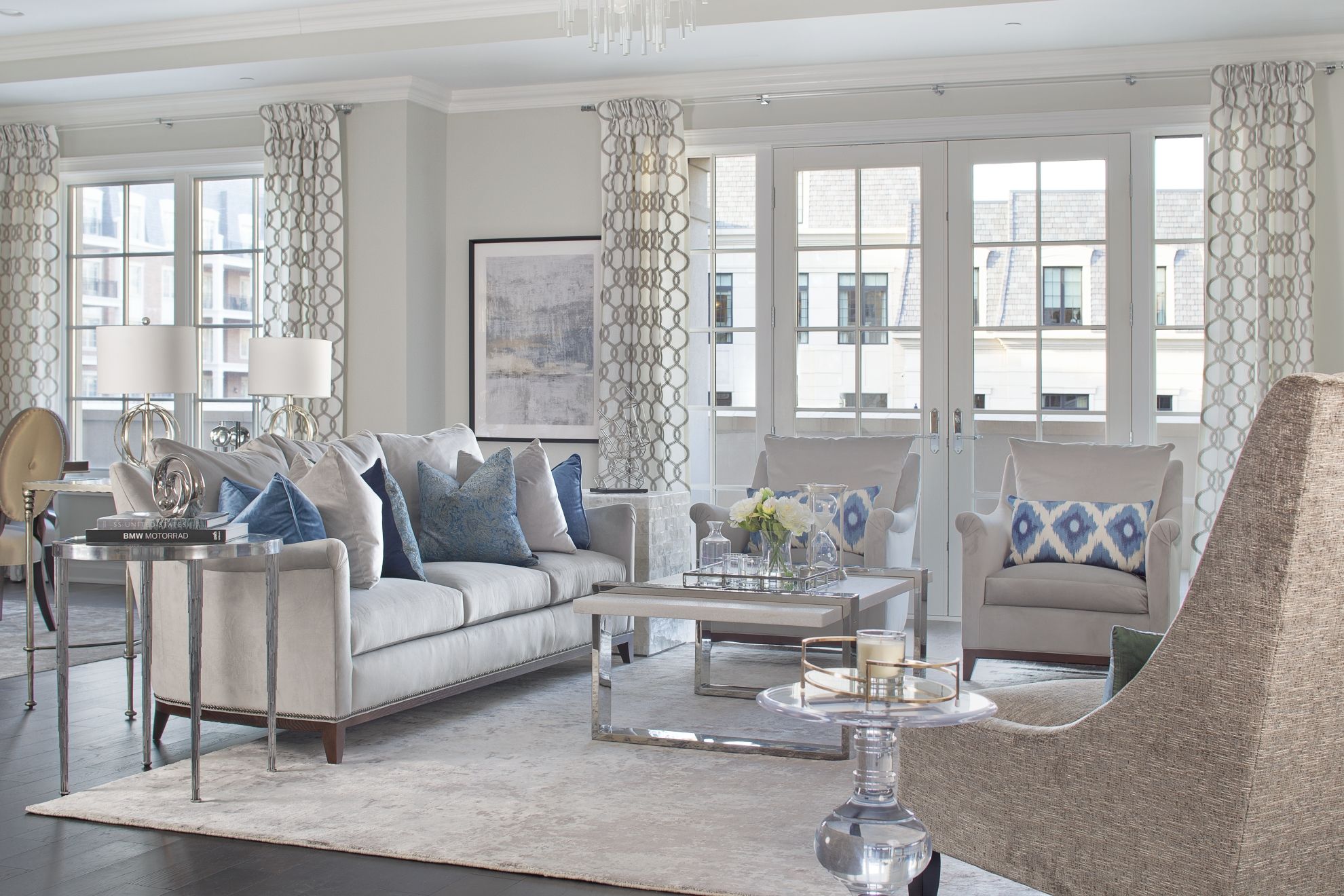 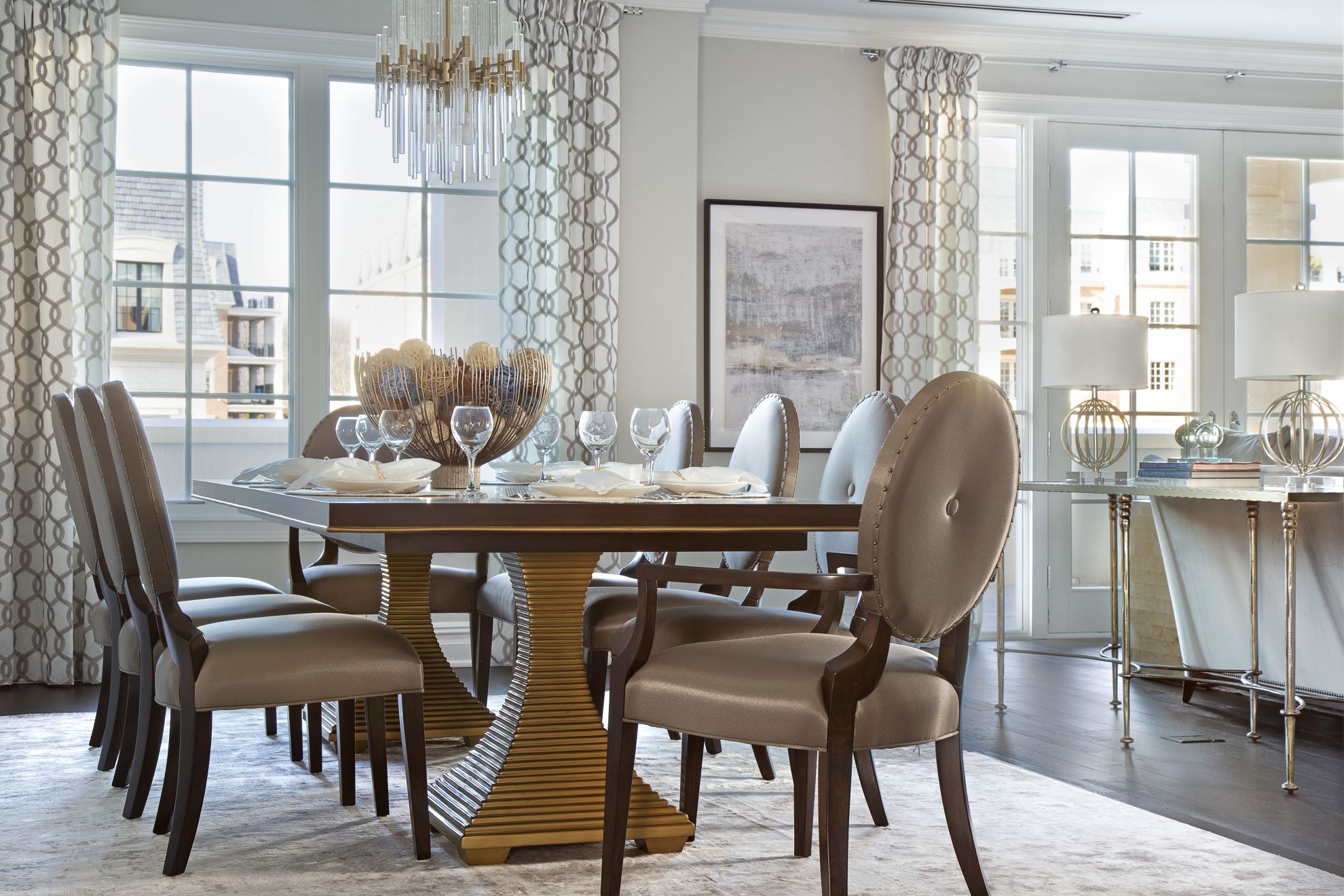 In the dining area, the table’s gilded pedestals make it a true statement piece. Although the palette is muted throughout the suite, close inspection reveals many subtle patterns incorporated in the design.

Every suite at the Ritz-Carlton Residences, Long Island, North Hills, has “good bones”—high ceilings, floor-toceiling windows, French doors opening to terraces or balconies—along with prized intangibles such as amazing soundproofing, creating a luxurious environment in which Safavieh’s interior designers can work their magic.

This muted palette might also be called the Ritz-Carlton look, familiar to anyone who has stayed at one of the five-star resorts. The visual transition from lobby, to corridor, to this private home is quite seamless.

Closer inspection yields a surprise: There’s actually a lot of pattern incorporated in the design. Consider the decidedly feminine master bedroom. Patterned bedding seems to float atop the king bed, whose diamondhatched headboard and footboard echo the subtle, sculpted diamonds of the rug. Horizontal stripes in the slubbed-silk wallcovering provide a backdrop to the free-form agate depicted in a framed painting.

“The second bedroom features no less pattern, and it’s even more subtle,” points out David Nasseri, Jimenez’s design partner on the project. There’s a quiet riot of Escher-like geometry on the bedding and throw pillows, a grid of metallic beading on the table lamps, undulating ripples on the wallcovering and bursts of mother-of-pearl on the bedside tables.

These small details serve to delight the eye and boost the sense of luxury, giving visitors the cosseted feeling of inhabiting a hotel suite one never has to leave. That, in short, is the special allure of ownership at the RitzCarlton, Long Island, North Hills. 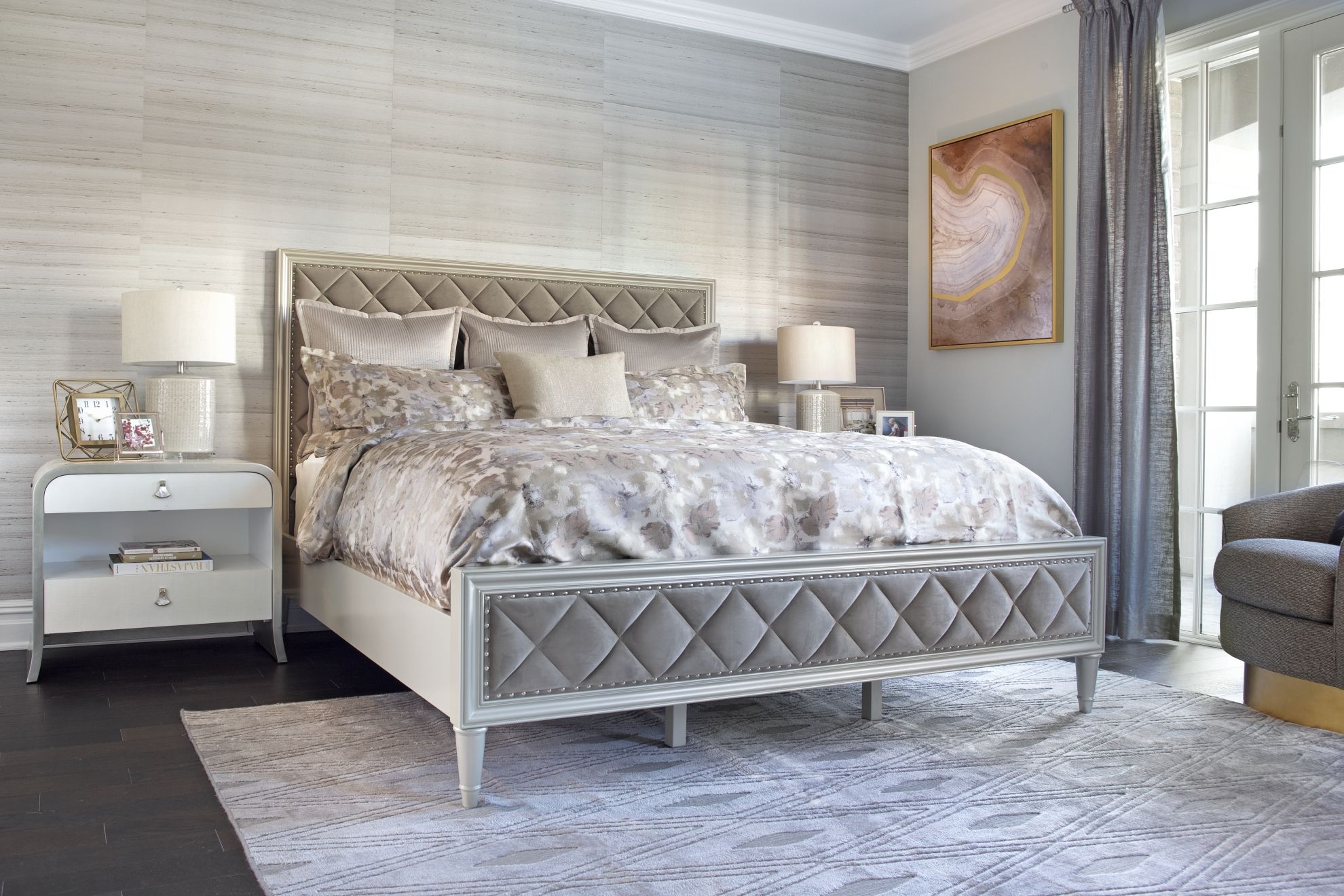 That’s especially true in the bedrooms, where pattern is used on the walls, rugs and bedding to heighten the sense of luxury.