Inspired by 1930s ocean liners, this streamlined interior is shipshape. 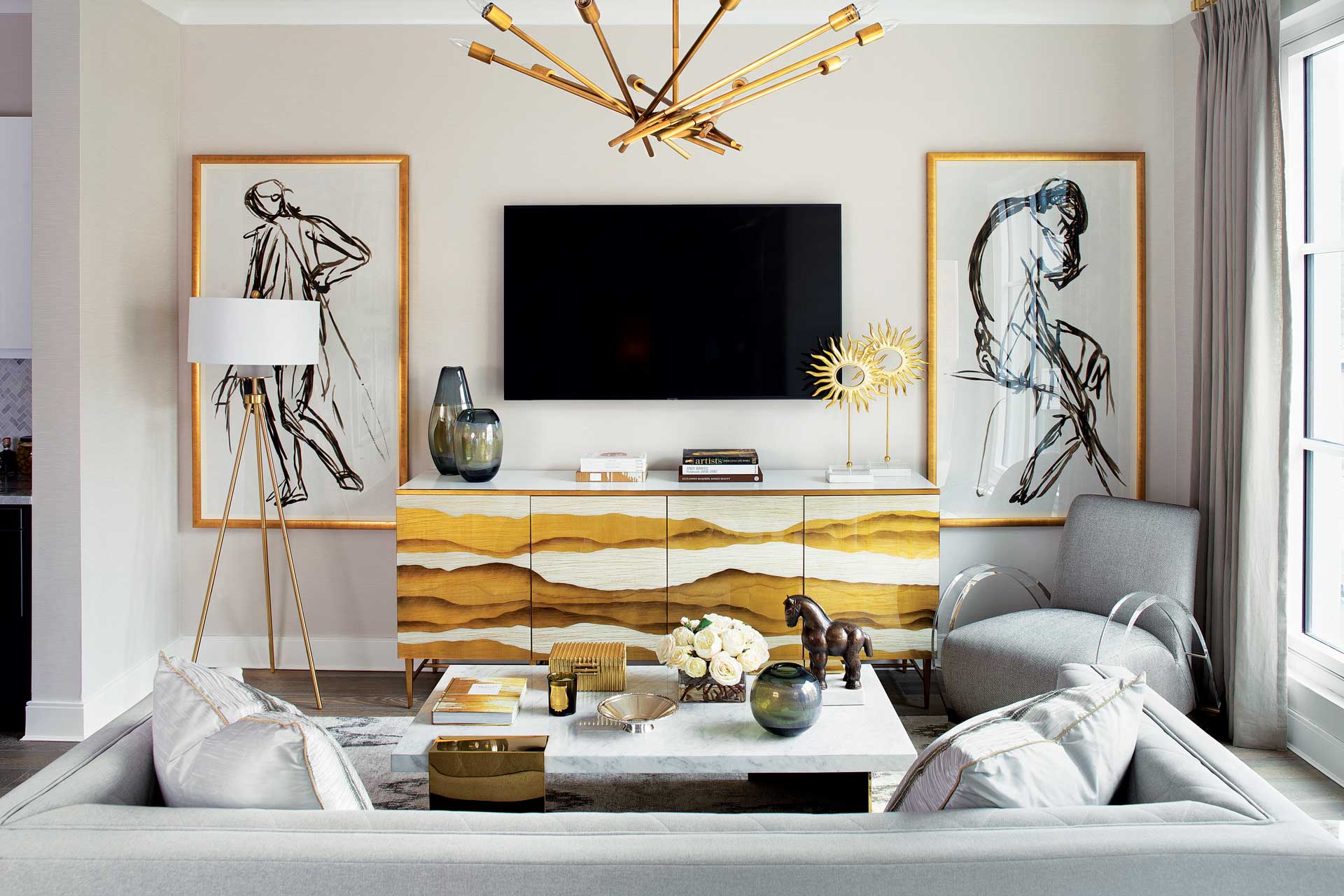 The media wall of the main living space features a console finished in verre églomisé, the time-honored French technique of painting and gilding the reverse side of glass to produce a mirror finish. Here the technique is brought up to date with a pattern that suggests an Asian landscape.

The creative brief for this model home hit the sweet spot for Eric Lysdahl, an interior designer based in Safavieh's Glen Cove, N.Y. showroom. "The Beacon is a luxury building, so naturally enough, my instructions were to give the space a luxury look," recounts Lysdahl. "I brought my Upper East Side of Manhattan sensibility to the project—as I do to just about every project," he laughs. 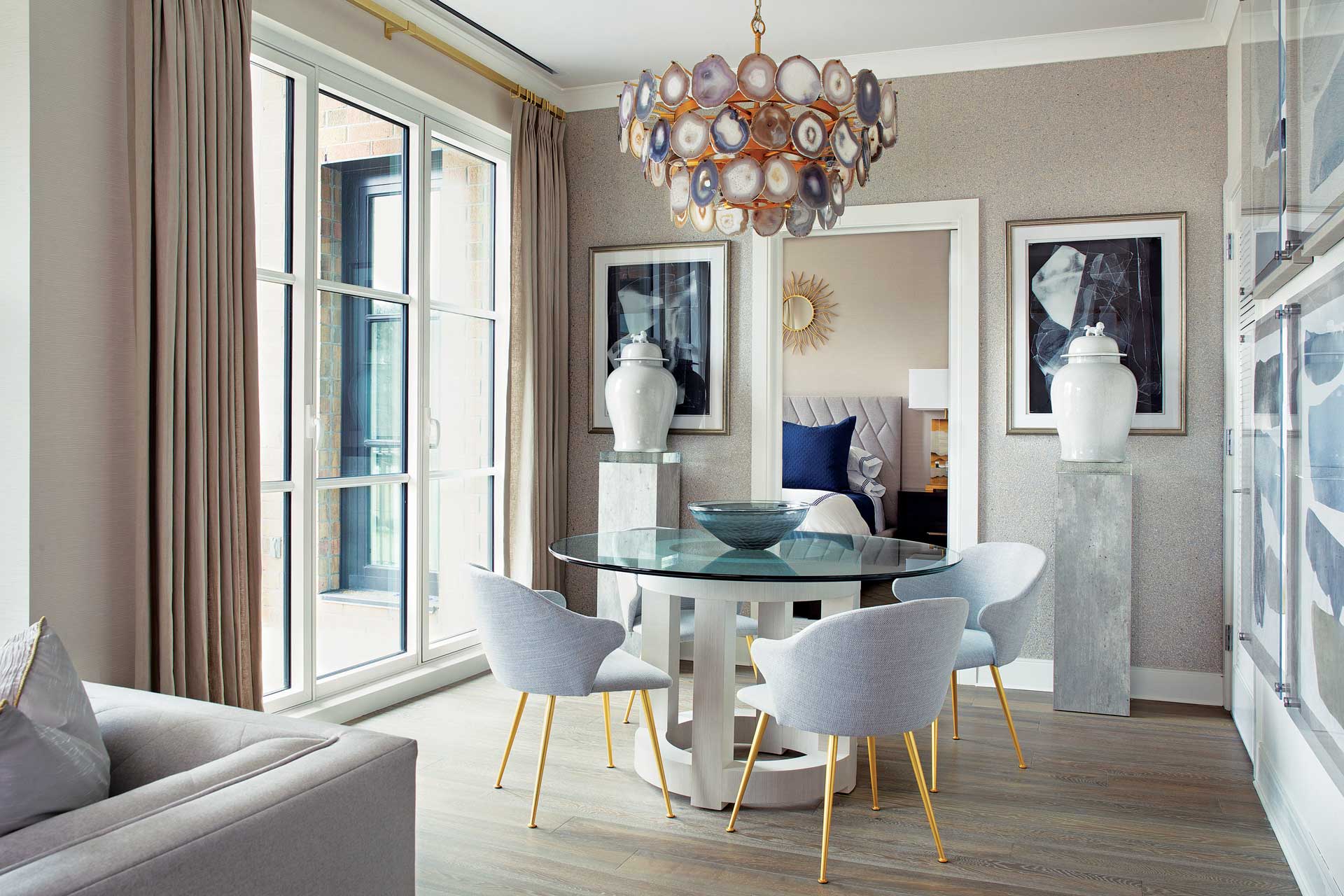 With its matching Chinese jars on matching pedestals, the dining area has an elegant symmetry. The tiered chandelier of polished agate slices lends a note of drama. 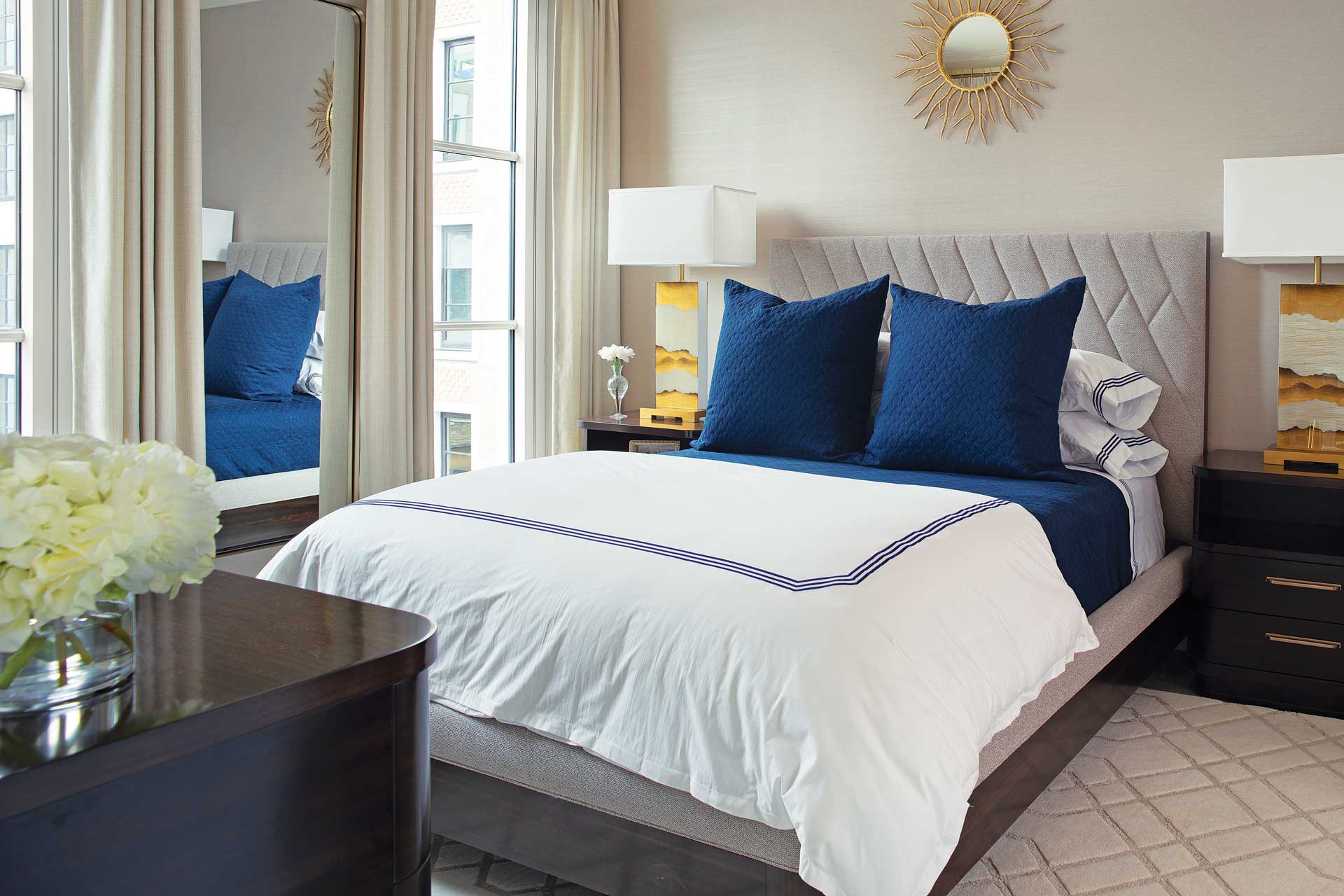 The primary bedroom (above) was furnished by designer Eric Lysdahl as a nod to the sleek staterooms of late-1930s ocean liners.

Because The Beacon is on the water, the designer’s point of view was to evoke a late 1930s ocean liner. He had in mind the SS Normandie, which was launched in 1935 as the largest and fastest passenger ship afloat. The Normandie also boasted lavish interiors designed in the Art Deco and Streamline Moderne styles.

Echoes of these styles can be seen especially in the bedroom, whose curved mahogany furniture channels the stateroom of a trans-Atlantic liner, as well as the maritime setting that can be seen outside the windows.

For the main living space, Lysdahl chose a console with doors finished in verre églomisé, the time-honored French technique of painting and gilding the reverse side of glass to produce a mirror finish. Here the technique is brought up to date with a pattern that suggests an Asian landscape.

In the dining area, he chose a restrained table and chairs so as not to fight with the drama of the chandelier, a multi-tiered confection of polished, sliced agate and gilded metal. Flanking the dining table is a symmetrical arrangement of matching Chinese jars that sit on streamlined pedestals. The pedestals are wood covered in Venetian plaster and topped with slabs of polished crystal—another nod to the great pre-war passenger ships that plied the North Atlantic.