Those who cruise the Miracle Mile (to quote Billy Joel), the famous highend shopping district in Manhasset, New York, on Long Island’s North shore, will notice a newcomer: Safavieh Home Furnishings. With 11 established stores in the tri-state area, including one in nearby Glen Cove, Safavieh already had metro New York well covered. So the question naturally arises, why open a 12th store? “The short answer is that we want to showcase our growing collection of modern furniture in a luxurious modern setting,” says Michael Yaraghi, co-owner and CEO of the company. 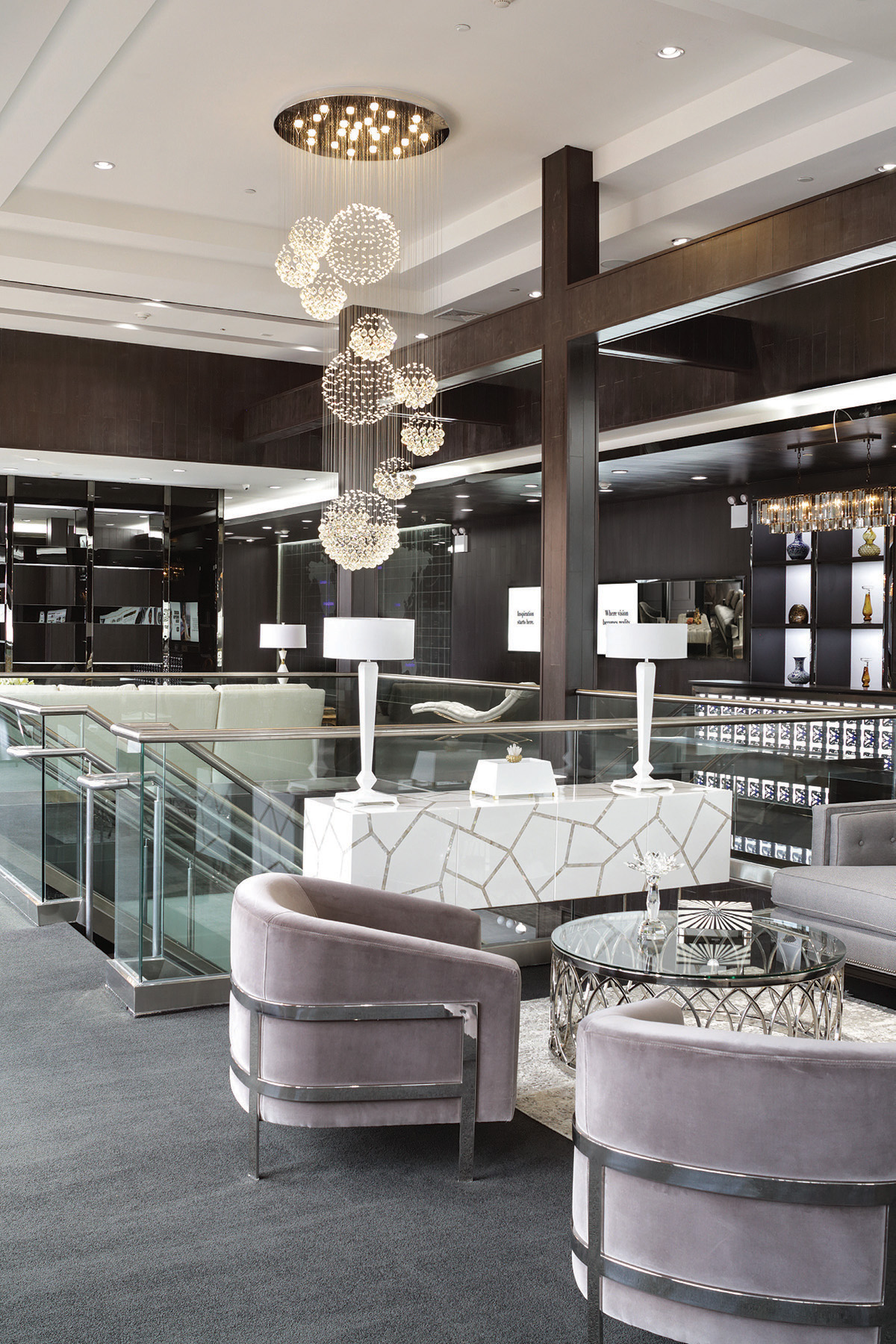 The catalyst for opening Safavieh’s new showroom on the Miracle Mile in Manhasset was the company’s introduction of The Phantom Collection, inspired by the glamour of 1930s New York. The dining table and chairs shown here are part of this new collection.

But there’s a backstory to the decision: It began with a love affair…with Art-Deco style. Born in France, Art Deco reached its glamorous apex in the New York of the 1930s. Think Rockefeller Center and the Chrysler Building, a streamliner train pulling out of Grand Central and an Auburn Boattail Speedster pulling up to the Stork Club. Think the grand staircase of Radio City Music Hall and the lobby of the Waldorf Astoria. Whether in architecture, motorized transportation or interior design and furnishings, the best examples of Art Deco combine exuberant style, striking geometry, pleasing proportions, quality materials and high craftsmanship. Almost a century after their creation, these designs still feel completely fresh. 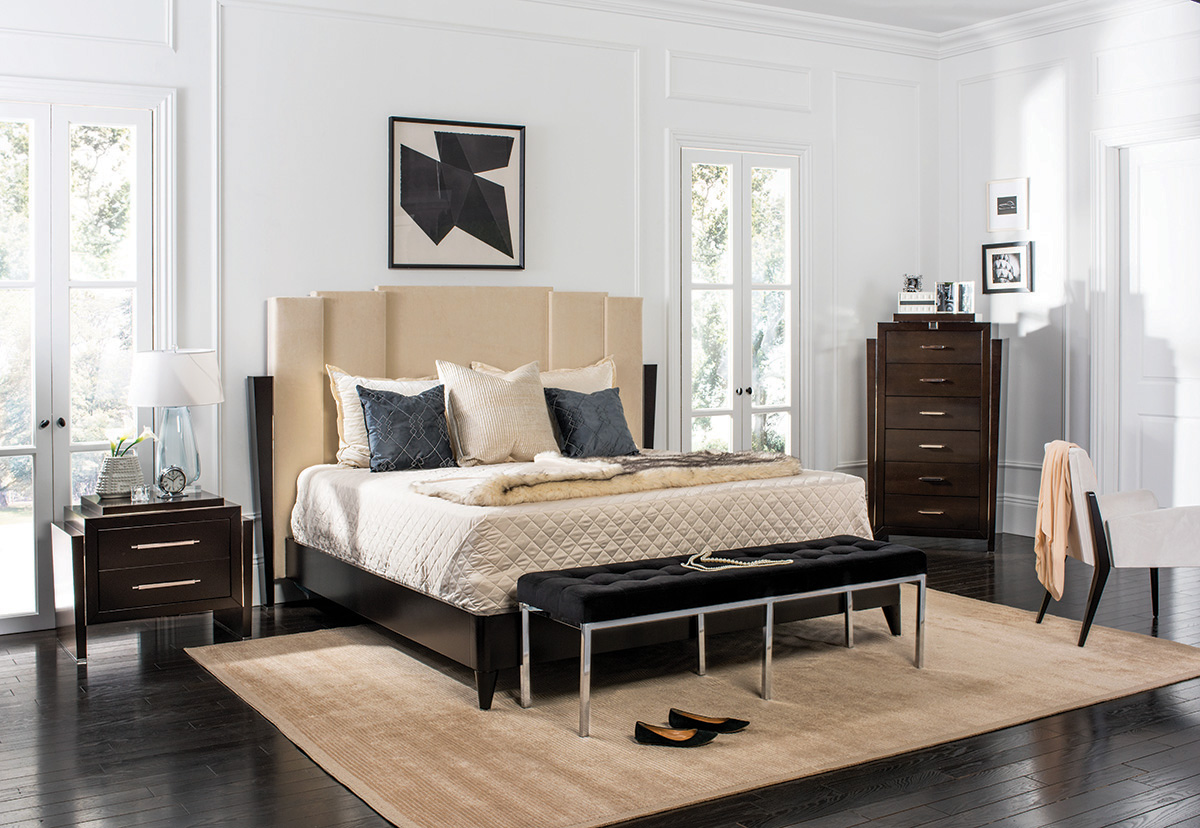 Imagined by Safavieh, designed by famed architect Lorenzo Bellini, made in Italy by Philipp Selva and showcased in Safavieh’s new Manhasset showroom, The Phantom Collection represents the best in Art-Deco inspired design and craftsmanship. This Phantom Collection bedroom recalls the heyday of Old Hollywood.

Enchanted by Art Deco, Safavieh set out to create a new collection of furniture that captured the modern luxury of the 1930s. “We partnered with Philipp Selva, the Italian furniture maker, and Selva’s creative genius, the architect and designer Lorenzo Bellini,” explains Yaraghi. “We call this new line The Phantom Collection after one of the design inspirations, a 1930 Rolls-Royce Phantom touring car owned by Marlene Dietrich.” The Phantom Collection does not consist of historical reproductions. Rather, Bellini began with the spirit of American Art Deco, added a touch of Italian Modernism, and used his own proportions, lines, materials and colors to create something new and timeless. 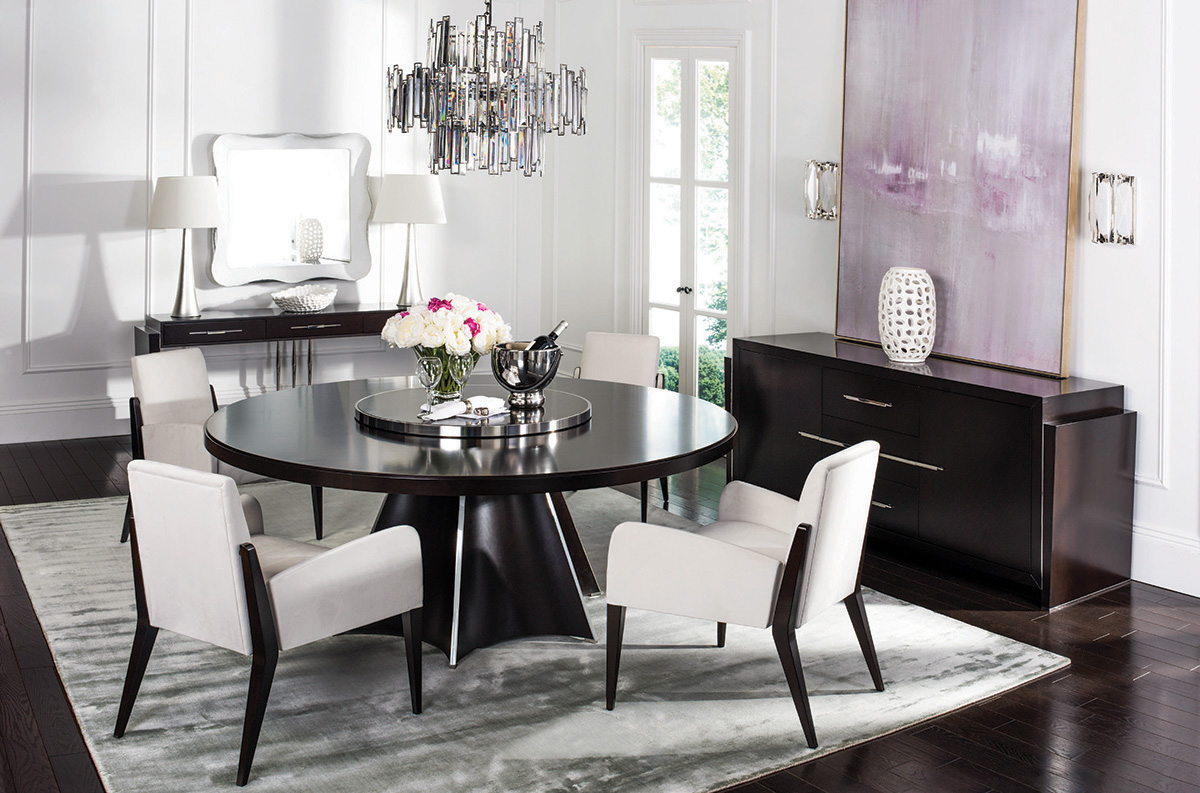 Taking architectural cues from a Chanel showroom, Safavieh’s new store on the Miracle Mile is the perfect setting to showcase high-end modern furniture.

Not only was The Phantom Collection designed in Italy. It’s made in Italy, too—a rarity in today’s world, where so many home goods are manufactured elsewhere. “I was so impressed by the design and level of craftsmanship that came out of our partnership,” says Yaraghi, “that I felt we ought to showcase the collection in a modern lifestyle setting.” So it was that a love of Art Deco begat The Phantom Collection, which begat the Manhasset showroom. “But the new store is not just about The Phantom Collection,” adds Yaraghi. “We offer an expansive range of highend, hand-crafted modern furniture, much of it made in Italy and elsewhere in Europe. Curating the best of it in a modern architectural space just makes good design sense and business sense. Our customers can easily see how the lifestyle will translate to their homes.”