In the process of downsizing their home, a couple started from scratch and found a whole new style. 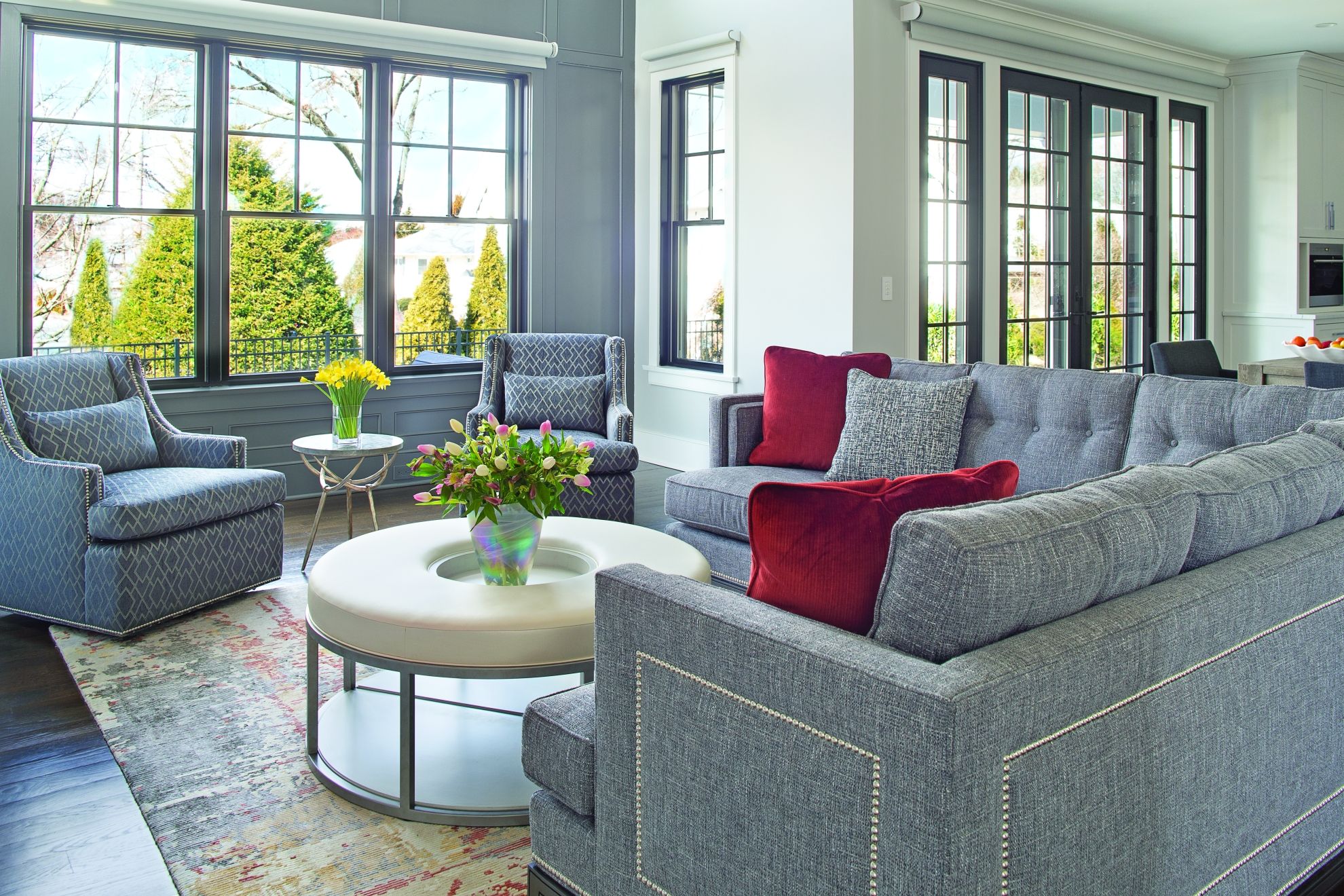 Looking toward retirement, two long-time residents of Eastchester, New York, knew they wanted to remain in the town, where they had raised their children. But the couple also wanted to simplify their surroundings, banish clutter and shed some of the flotsam and jetsam of suburban living.

“It was a fun and fascinating process,” says Colleen Kiel, an interior designer in Safavieh’s Hartsdale, New York, store. “I had worked with them on their previous home, which was very traditional. For their next phase of life, they purchased an older house on a corner lot, tore it down and in its place built their new dream house.”

The new house has a traditional Shingle Style façade that fits into the neighborhood. Inside, however, the look is tougher to categorize. “With its blacktrimmed windows, clean lines and absence of ornamentation, the interior reminds me of Bauhaus architecture,” says Kiel, referring to the influential German design movement that’s celebrating its centennial this year.

Sensing the mood for change, the homeowners’ grown daughter campaigned to get her parents to “loosen up their style.” Kiel was all for it. “I had the Bauhaus in mind—with the clients’ blessing—when we selected the furnishings. We were aiming for pared-down style, bold and just a bit retro. I coined a phrase: downsizing to cool.”

The successful interplay of architecture and décor can be seen in the main living area, where the simple, linear forms of the sofa and chairs echo the slender black frames and mullions of the windows. Circular white tables provide a counterpoint.

In the dining area, the sturdy, rustic wood table clearly owes a design debt to Mies van der Rohe, a chief exponent of the Bauhaus who is no less renowned for his furniture designs than for his architecture. The sober 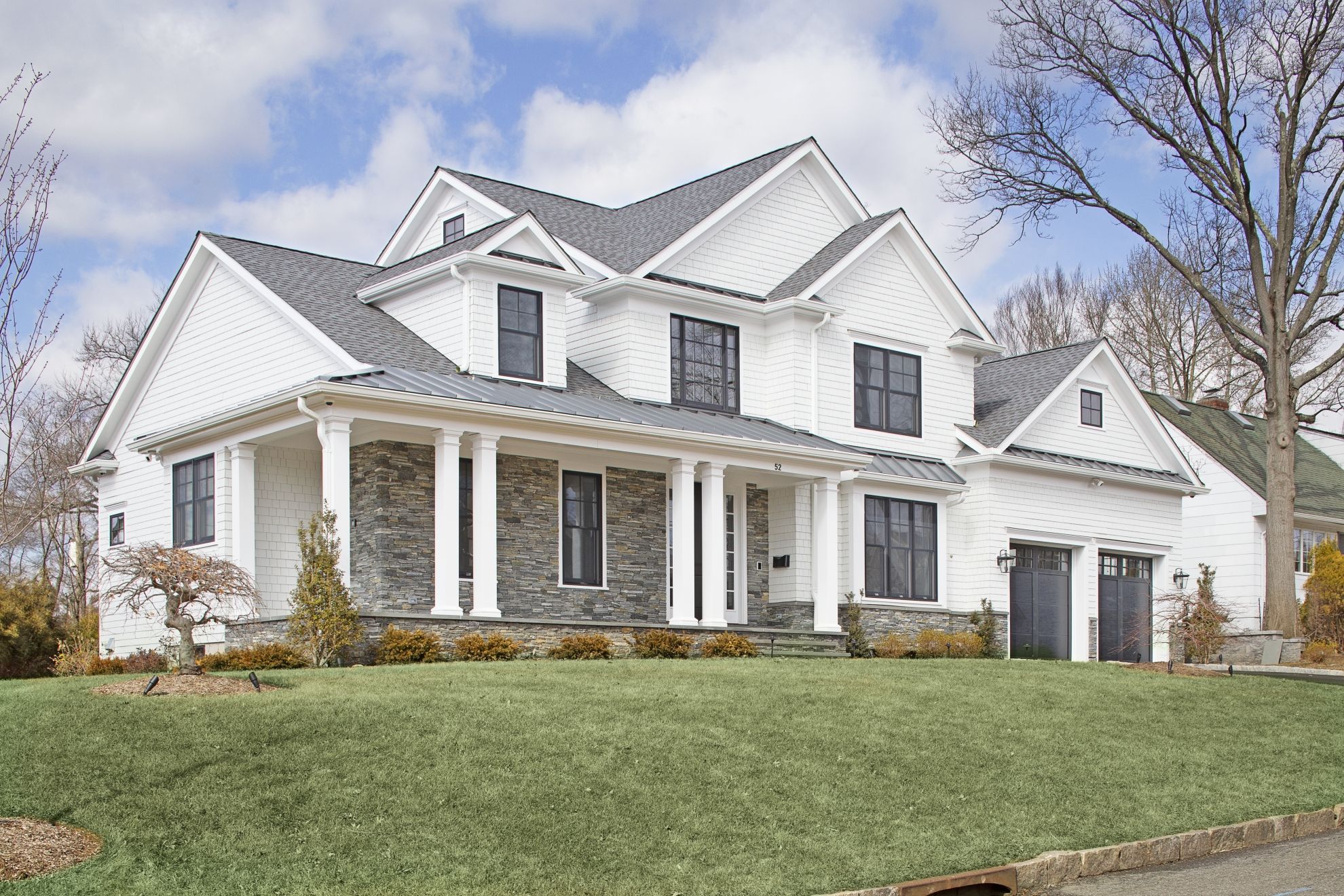 The house has a traditional façade that matches its neighborhood 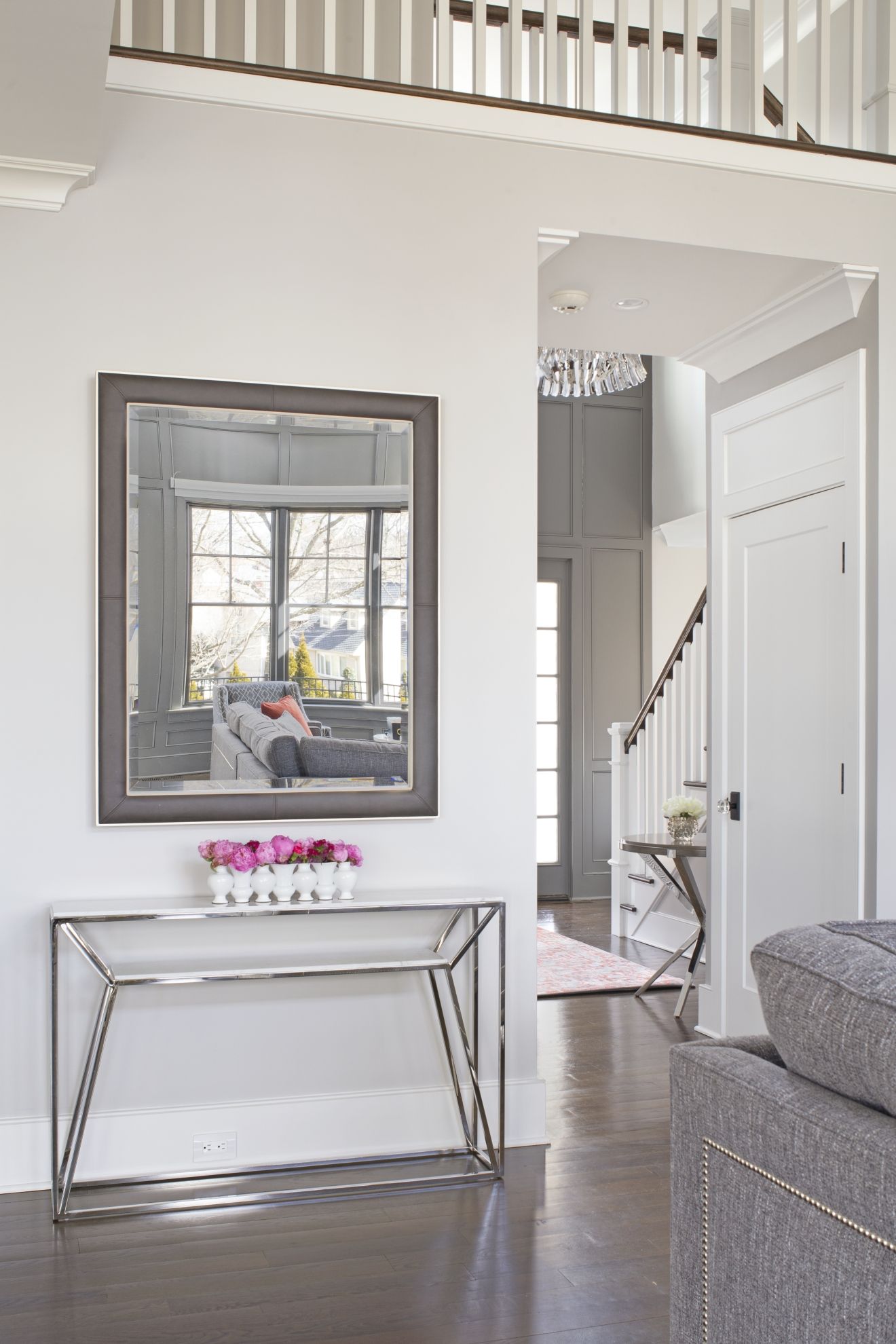 but the interior features a more contemporary floor plan and décor.

A rustic, Mies-like table lends a touch of high-low contrast to the kitchen and dining area.

simplicity of the table contrasts with the dining chairs—soft upholstered seats resting on sleek chrome bases. Heightening the contrast is a huge, yellow Murano glass bowl from the homeowners’ collection, perched unabashedly on the center of the table.

The master bedroom is a place apart. Here the style is more transitional, with a plush, tufted bed flanked by mirrored nightstands. Still, Kiel couldn’t resist creating an artful echo of those black-lined windows in the form of custom black picture frames.

“Adopting a new style required a leap of faith, but my clients love the way it all turned out,” she says. “In the end, they got exactly what they wanted: a clean, uncluttered, stylish new home.” 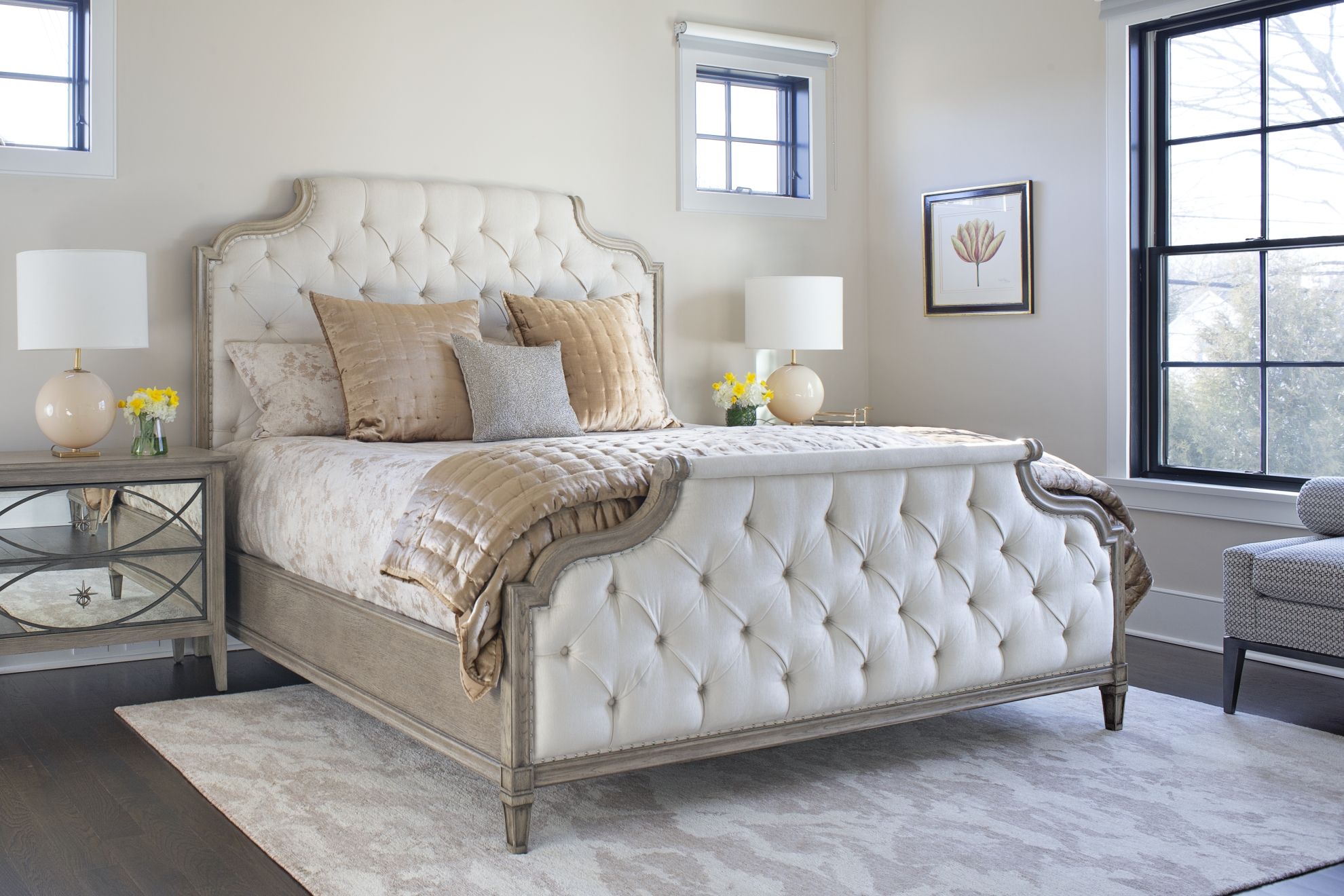 In the bedroom, below, a pretty, button-tufted bed proclaims serenity.