A Gilded Age mansion is being transformed into a high- style hotel with help from Safavieh. 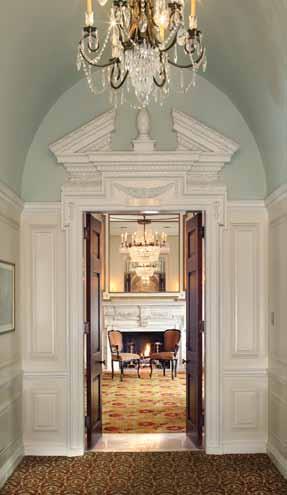 Glen Cove Mansion is a rarity on Long Island’s Gold Coast—an intact home of the Gilded Age that has been given new life as a resort hotel and conference center. With the help of Safavieh, the interiors are now being refurbished and refurnished in up-to-date 21st century style. 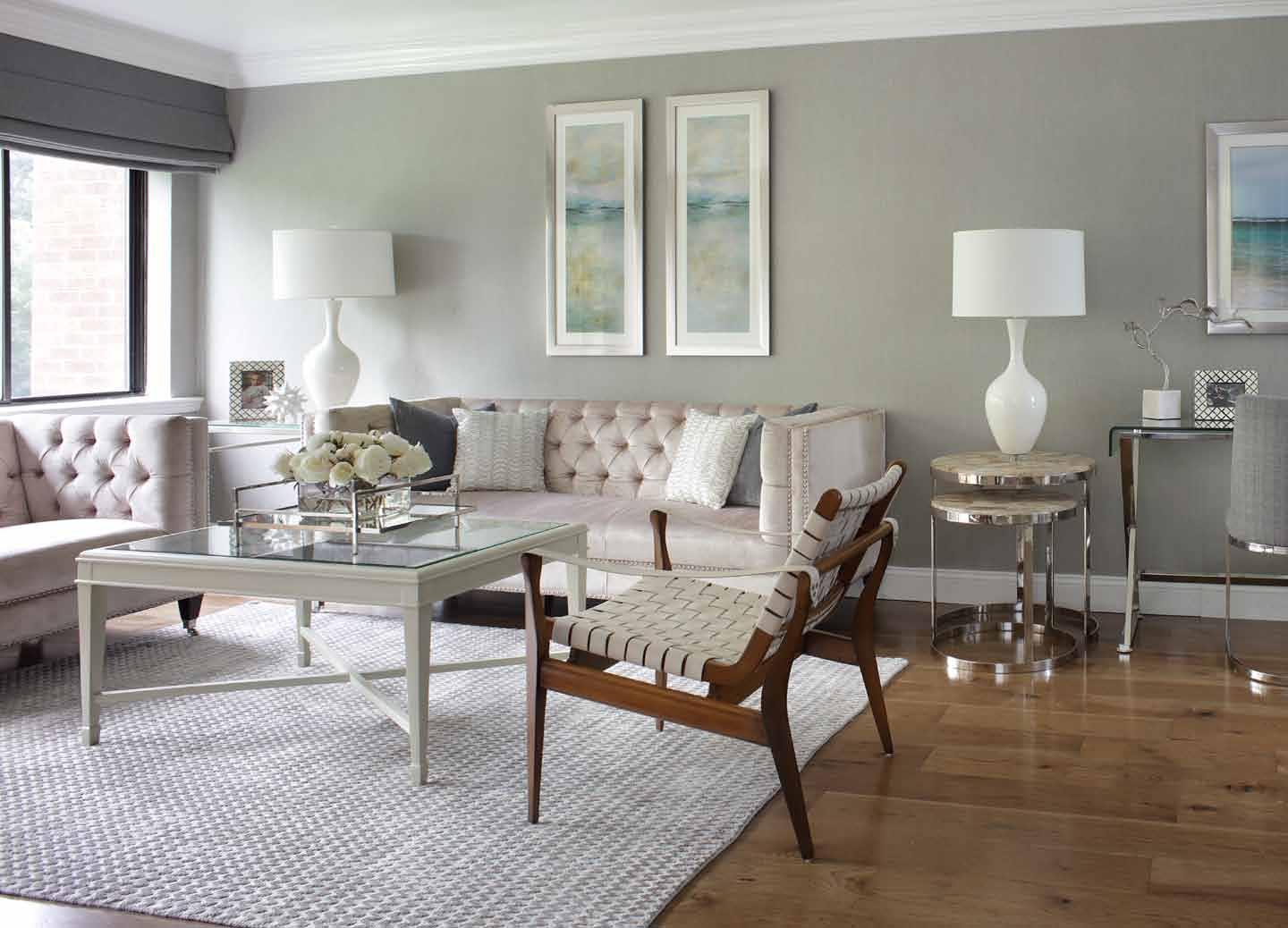 The sitting room of this hotel suite in the Glen Cover Mansion was conceived as an ideal space where a bride—or her mother—could prepare for a wedding. In the original parts of the mansion (above), Safavieh will preserve architectural details while bringing the décor and furnishings up to date.

Built in 1910, the Georgian-style home on 55 acres was called “one of the best 12 country houses in America” by Country Life magazine. Its owners were John and Ruth Pratt. He was an executive with Standard Oil; she became New York’s first Republican Congresswoman, representing the city’s “Silk Stocking” district. Ruth and her family maintained the home until her death in 1965, allowing various classic films of the 1950s, such as Hitchcock’s North by Northwest, to be filmed, in part, on the grounds. 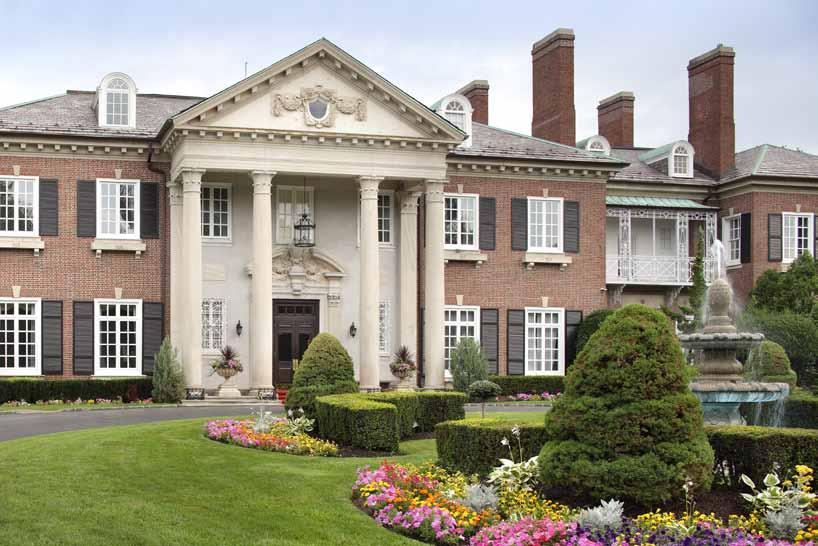 The neo-Georgian façade of the 1910 house (below) masks additions from later decades and preserves a sense of bygone grandeur. At the lushly landscaped swimming pool (right), crepe myrtles flourish far north of their normal growing zone.

What strikes today’s visitor on arrival is, first of all, what a century of good care will do for trees. The grounds boast superb, massive specimens of ginko, European beech, red oak and other species. Next comes the house. Its brick-and- limestone façade, the work of noted architect Charles Adams Platt, has been sensitively preserved, masking from view the later additions of hotel wings, a dining room that seats 300, a fitness center with racquet sports, and conference facilities that wind through gardens at the rear of the property. 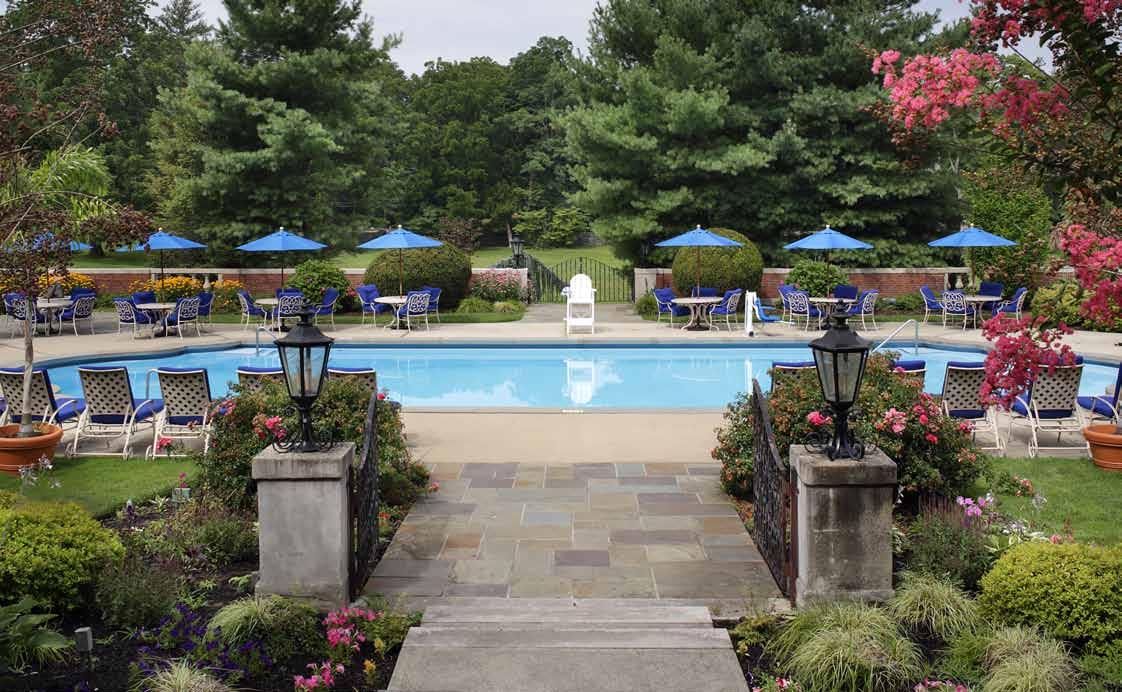 A century ago, John and Ruth Pratt’s mansion in Glen cove was regarded as one of the 12 best country houses in America.

Most of the hotel rooms are contemporary, and Safavieh is furnishing them with the architecture in mind. Clean lines, luxurious upholstery and bedding, and a calm palette are the orders of the day. “We were asked to create the perfect environment for a good night’s rest,” says designer Madeline Lizzio. “We’re doing that and more. Our goal is for guests to feel stress ebb away as soon as they pass through the doorway.” 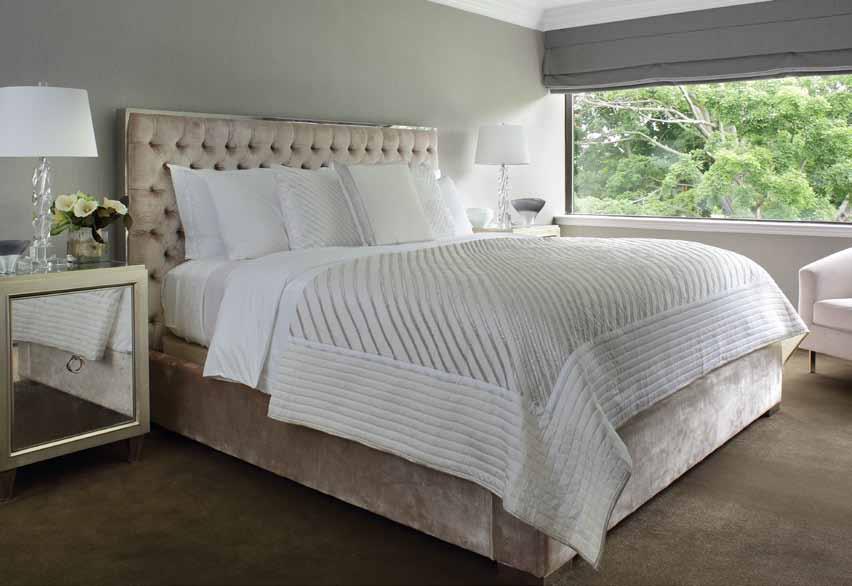 A serene hotel bedroom furnished by Safavieh all but guarantees a restful night’s sleep. In the lobby area of the Glen Cove Mansion, the classic architecture will remain as outdated floors, window treatments and furnishings are made chic and modern.

The modern rooms offer a pleasing contrast to the traditional original interiors of the man- sion. Here the renovation master plan calls for preserving architectural details and complementing them with chic new furnishings. “The fusion of old and new styles is a major trend in the hotel world,” notes designer Karen Krinsky. “It’s been wildly successful in some of
the greatest old European hotels, such as the Connaught in London, and in classic American hotels such as the Delano in Miami. The good bones here at the Glen Cove Mansion deserve the same thoughtful design treatment.” 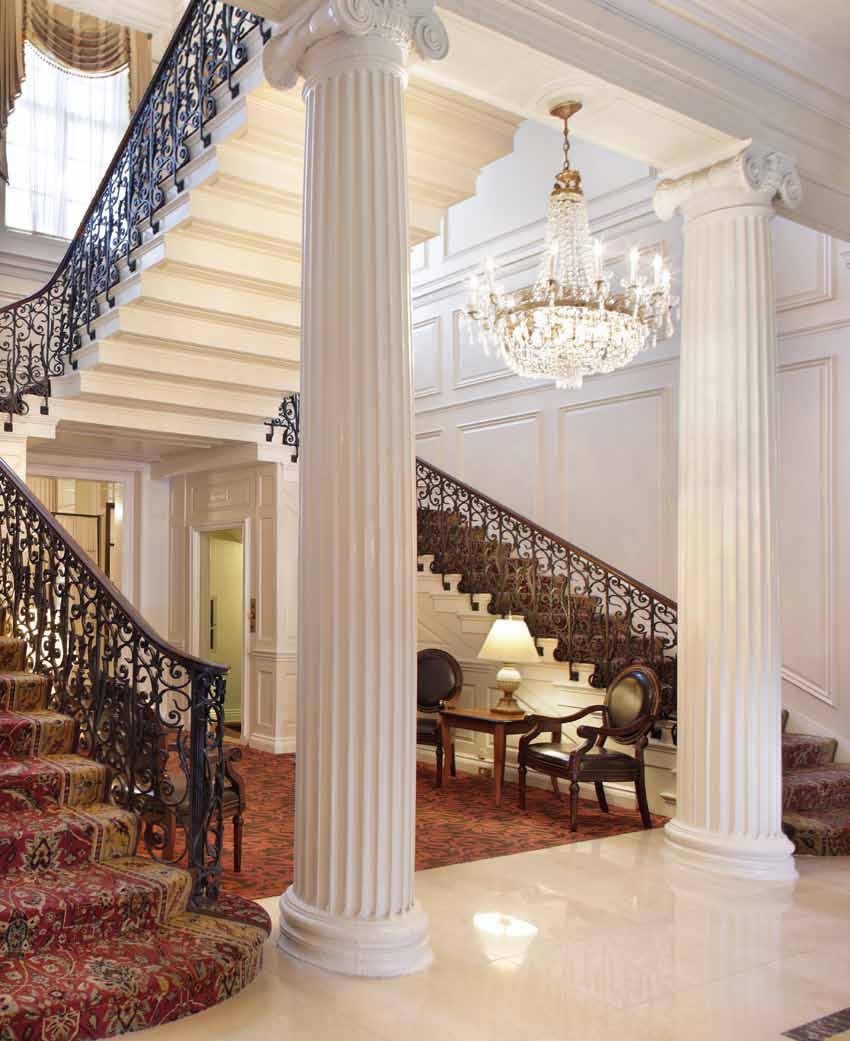