The aptly named Beacon, a new residence in Glen Cove, New York, heralds a major revitalization of the waterfront. 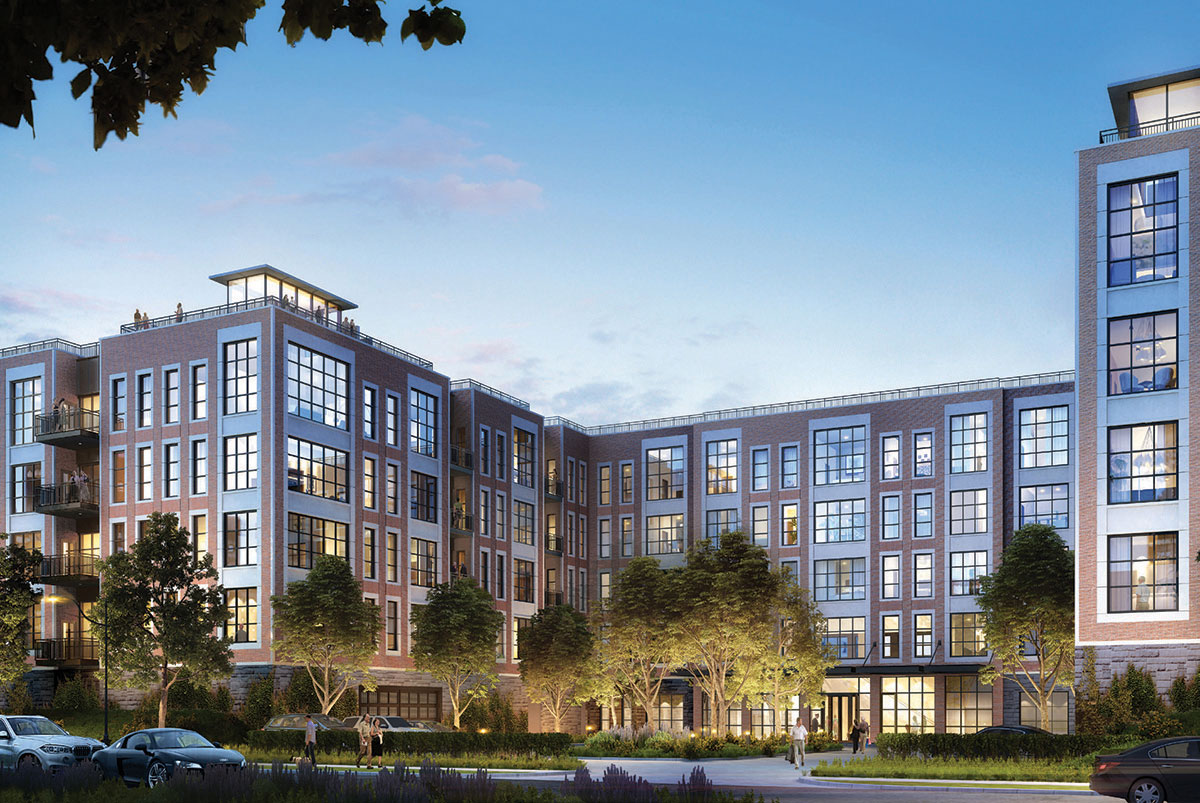 Renderings of The Beacon’s façade show its careful integration into the landscape, including its frontage on the historic, restored creek.

A physician named Thomas Garvie put Glen Cove, New York, on the map. In 1827, he convinced Cornelius Vanderbilt to launch steamboat service between Glen Cove and Manhattan. The marine ferry turned Glen Cove into a thriving summer resort. Industry arrived, and factories were built along the banks of Glen Cove Creek. More wealth followed as J.P. Morgan, F.W. Woolworth and other tycoons built coastal estates here. Like so many once-thriving waterfronts, Dr. Garvie’s namesake land, Garvies Point, where the creek flows into Long Island Sound, did not age gracefully in the 20th century. After many decades of decline, it took a public-private partnership between the Town of Glen Cove and RXR Realty—and 20 years of planning and approvals—to set the stage for revitalization. Now construction is under way on a “new” Garvies Point, a multi-use, resort-style neighborhood that will occupy nearly 60 acres of Glen Cove’s waterfront. 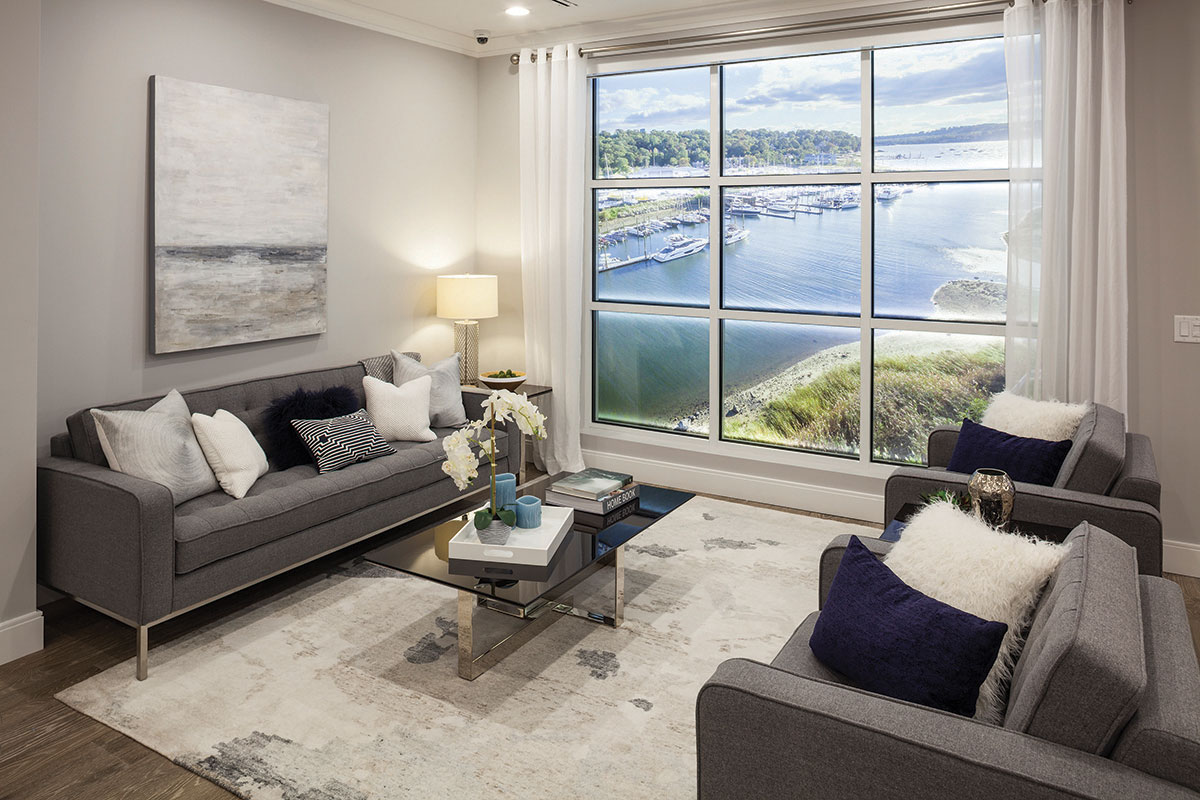 This model home for The Beacon highlights its waterside setting, with views of Glen Cove Creek and Long Island Sound.

The Garvies Point waterfront redevelopment is the largest real estate project undertaken on Long Island in decades. A mile-long waterfront esplanade will be home to restaurants, three marinas, launches for kayaks and stand-up paddleboards, an outdoor amphitheater for live entertainment and several multi-dwelling residences. Twenty-eight acres reserved as open space for public access will be studded with parks and playgrounds, with adjacent access to about five miles of marked nature trails at the 62-acre Garvies Point preserve. The first residential properties for sale are at The Beacon, a complex of 167 one-, two- and three-bedroom condominiums. RXR, which developed The Ritz-Carlton Residences at North Hills, has assembled some of the same partners that helped make that project a success. Daniel Gales Sotheby’s International Realty is handling sales at The Beacon; Safavieh and Studio Grella have furnished the model, and Safavieh will offer its design services to buyers.

As you can see from the images, The Beacon will be a lushly landscaped address in a true waterfront setting. The architecture is classically contemporary. Eight-foot windows will offer expansive views of Glen Cove Creek, Garvies Point Preserve and Long Island Sound. 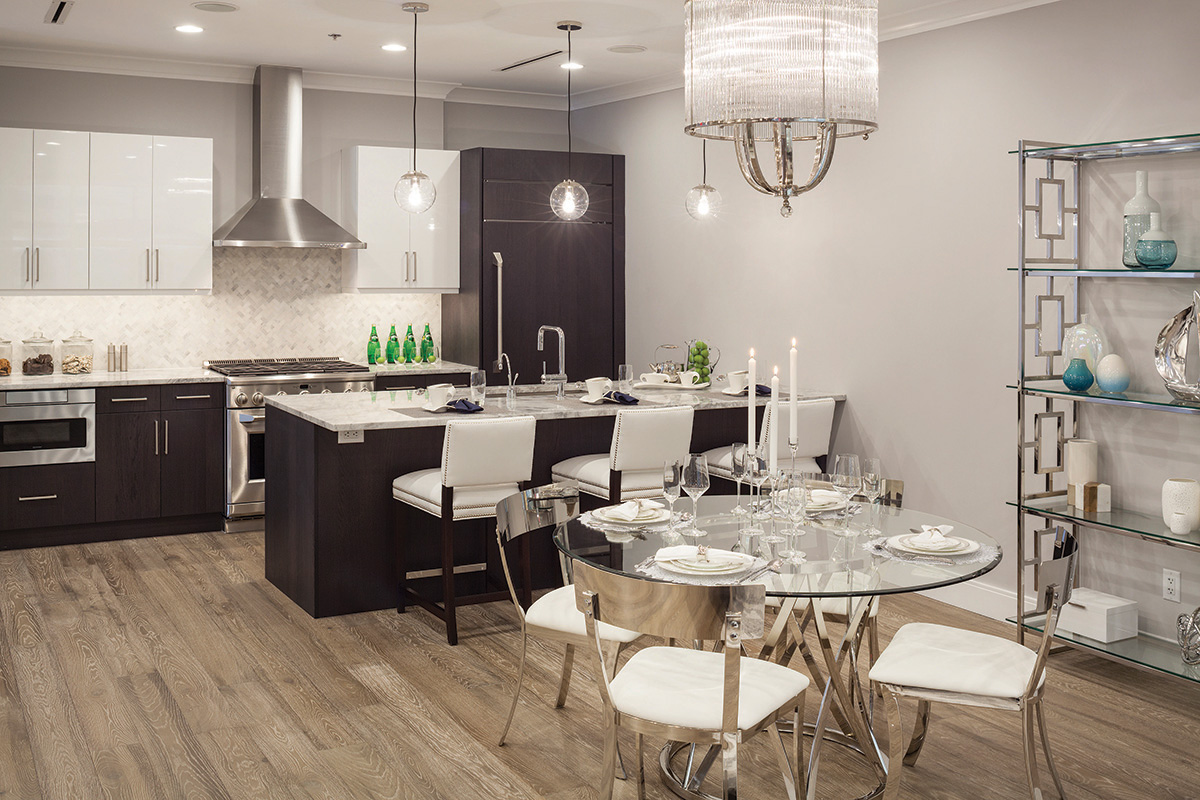 To create a contemporary and energetic look, Safavieh emphasized glass and polished metals in the furnishings.

A stone’s throw from The Beacon is the ferry terminal, which will offer scenic ferry service to Manhattan. Ferries have come a long way since Dr. Garvie brought Commodore Vanderbilt’s early steamships to Glen Cove. A high-speed hydrofoil will reach Manhattan in 45 minutes— a cherry-on-top amenity that makes Garvies Point all the more appealing to prospective buyers.