Rising above the sand dune, a new beach house was designed to maximize the sense of place.

Since 1992, the Mahoney family has summered in Ship Bottom on New Jersey’s Long Beach Island, where they’re fortunate to have a house on the ocean. When Sandy barreled through in 2012, the beach-front dune, higher and wider than most, held fast and the house was preserved, unlike so many others up and down this barrier island.
As the kids grew, the family considered whether to stay put—protected from storms by that durable dune—or upgrade to a larger home. They decided to do both: They razed the old cottage, and in its place rose a grander, more architecturally distinguished house. The main living area was placed on the second level, providing ocean vistas over the dune to the east as well as views of the bay to the west. There’s even a complete second house for guests, replacing a cottage and bungalow next door, which the Mahoneys also owned. The two new homes are connected by an open-air bridge.
Lorraine Gordon, a designer for Safavieh, was called on to furnish the new home. “It’s unusual to have both sunrise and sunset vistas at a New Jersey Shore house,” says Gordon. The family wanted the design to be all about the views.” She obliged with neutral tones and natural materials that echo the beauty of the dune landscape and the sea itself, without competing with them. The result is as refreshing as an ocean breeze. 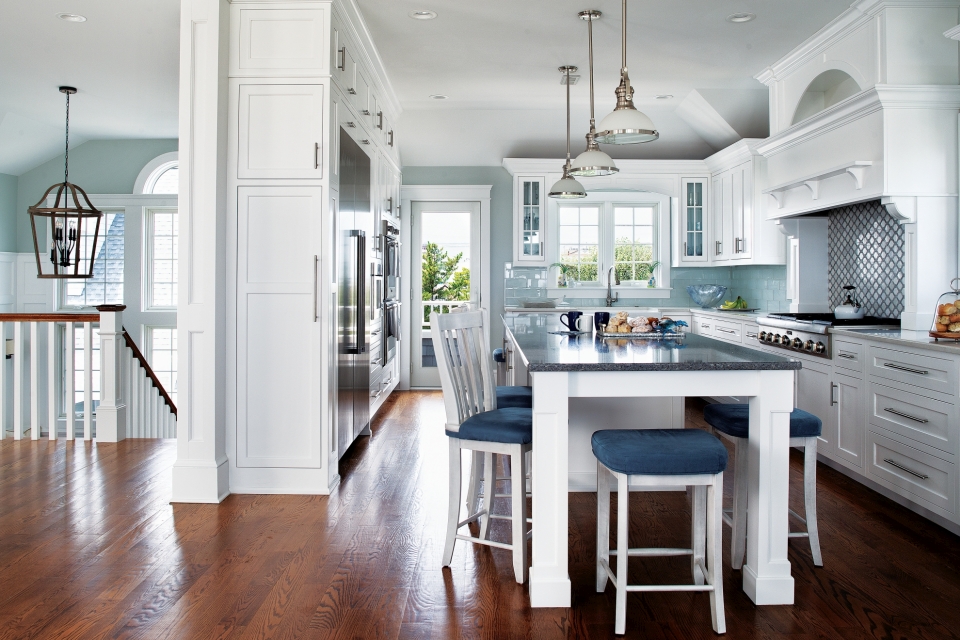 A sweeping view of the Atlantic Ocean is just part of what makes this new home on Long Beach Island special. All of Lorraine Gordon’s soothing design choices, from art to rugs, echo either the natural landscape of the dune or the sea itself. 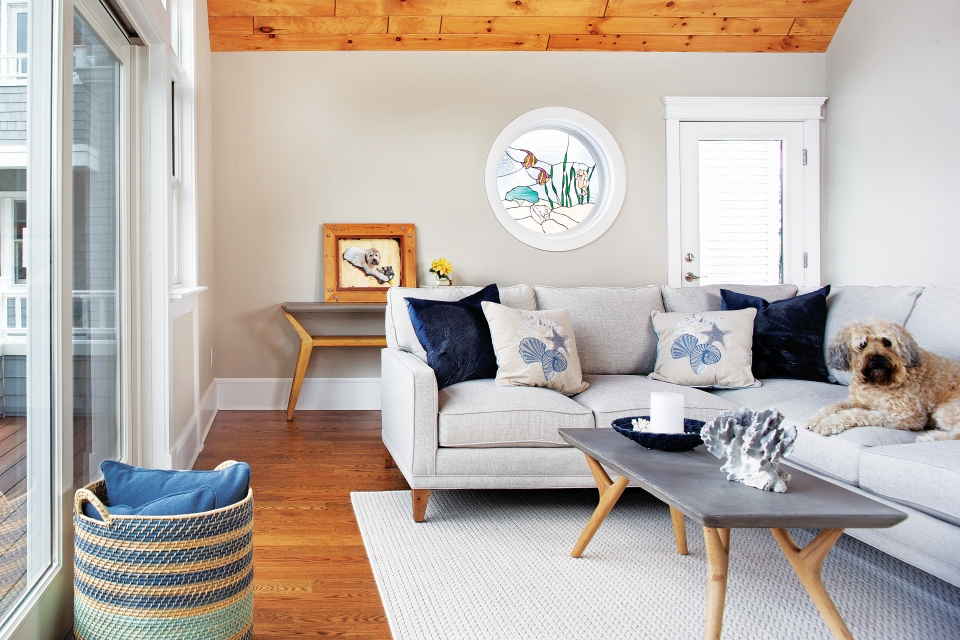 The kitchen and stair hall look west to the guest house and the bay beyond. 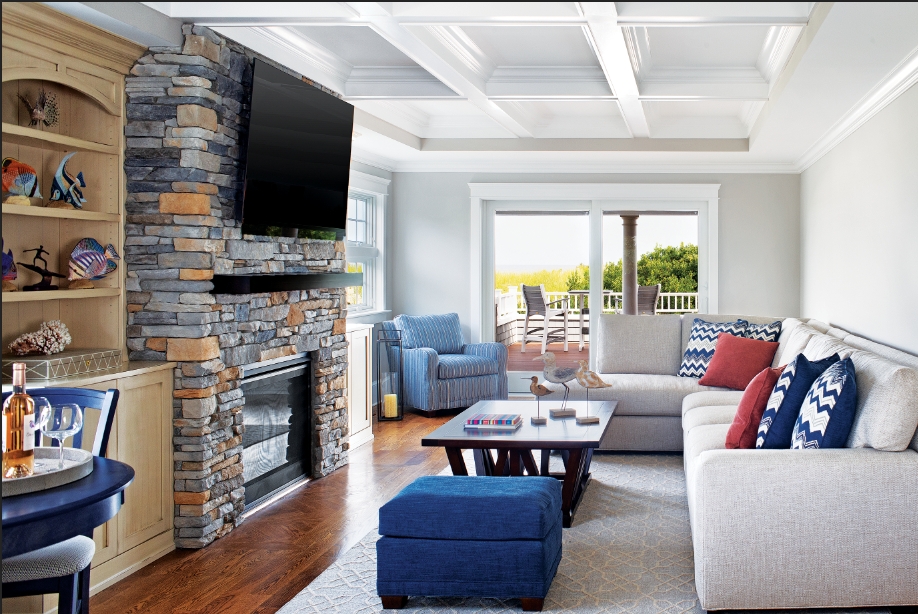 Inside the guest house, Kona, the family dog, makes herself at home. Her portrait rests on the console in the background. The stained glass roundel was salvaged from the family’s previous home on this site. 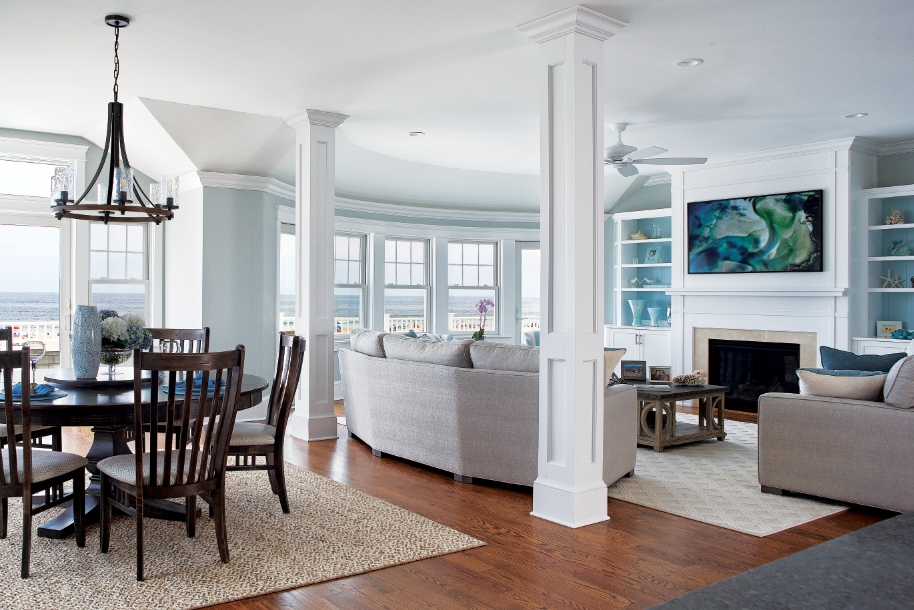 With its stone ﬁreplace and cozy furniture, the family room is designed for year-round seaside living.