A homeowner and her Safavieh designer collaborate on a glamorous retreat.

The Throgs Neck Bridge gets its name from Throggs Neck, a narrow spit of land that separates the East River and Long Island Sound. (Robert Moses dropped the second “g” so the name would fit better on highway signs.) As a neighborhood, Throggs Neck escaped the decay that plagued much of the Bronx in the 1970s. A refreshing breeze blows here much of the time; there are two beaches and various beach clubs. It’s not how most people imagine the Bronx. 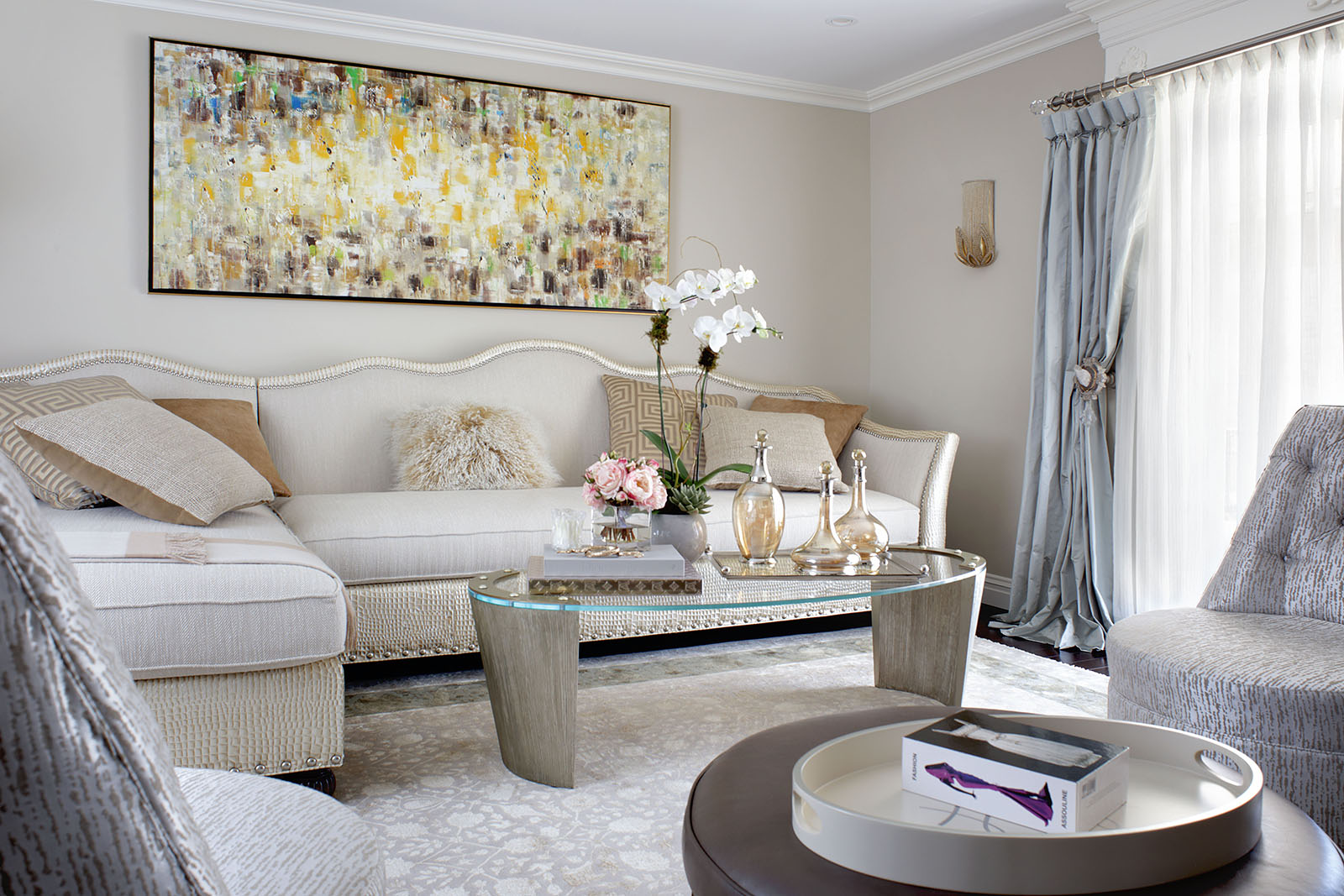 The living room is remarkable for its subtle interplay of pattern and texture. Note how the rivets of the coffee table echo the studded trim of the sofa.

When Nadire and Halil Djekovic decided to move from an apartment to a house a bit more than a year ago, there was no question of their leaving Throggs Neck. Nikki and Hal, as they call themselves, bought a somewhat nondescript row house a few blocks from the water and set about to transforming it. They stopped at Safavieh’s Hartsdale store, where the first person they met was designer Melissa Sarhane. “I told Melissa I wanted a glamorous look— chic and clean,” Nikki recalls. “She said, ‘I can do that!’ with so much confidence that we gave her the job.” 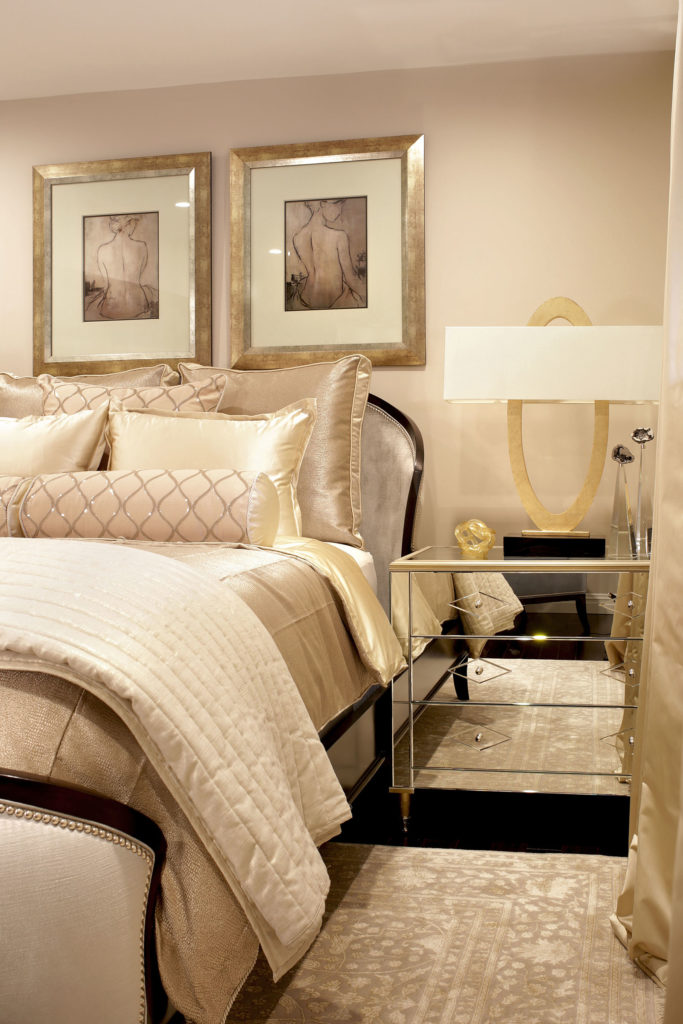 The two turned out to be natural collaborators. Together they created a shimmering private haven, and Nikki got all the custom details she wanted. For example, she had always wanted a dressing room that organizes and shows off her world-class collection of shoes; now she has what friends call “a shoe museum.”

Nikki’s only regret is that she’s reached journey’s end on the project: She’s suffering from “design withdrawal” and is imagining how she and Melissa Sarhane might work together on some future commission. 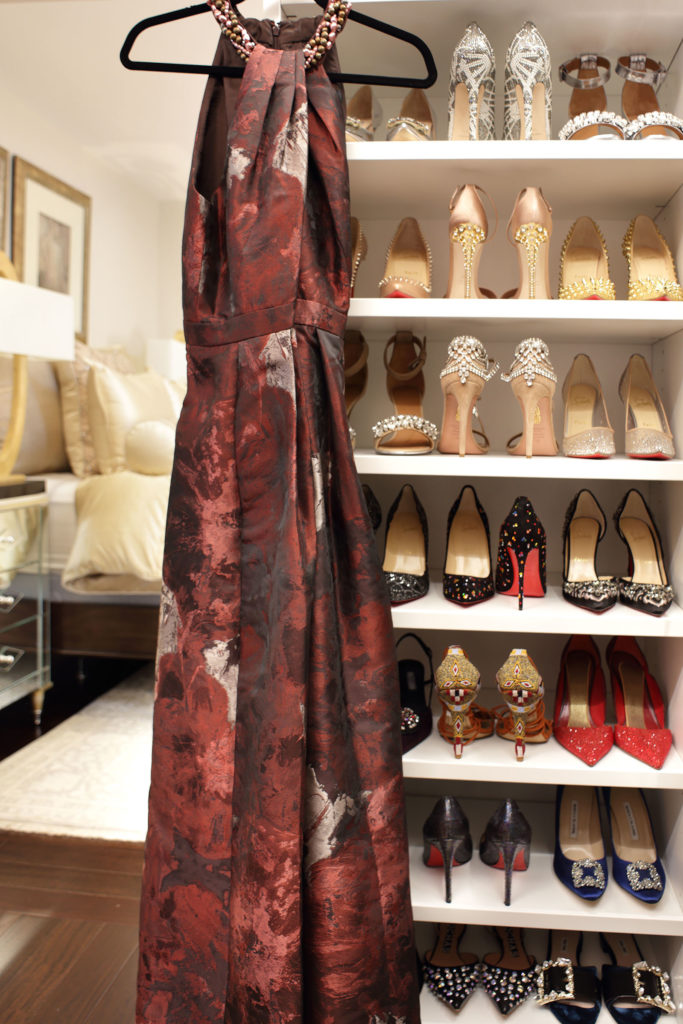 In the dressing room, a couture gown hangs beside a portion of the owner’s shoe collection.