A new home in Connecticut mixes color and pattern in perfect harmony. 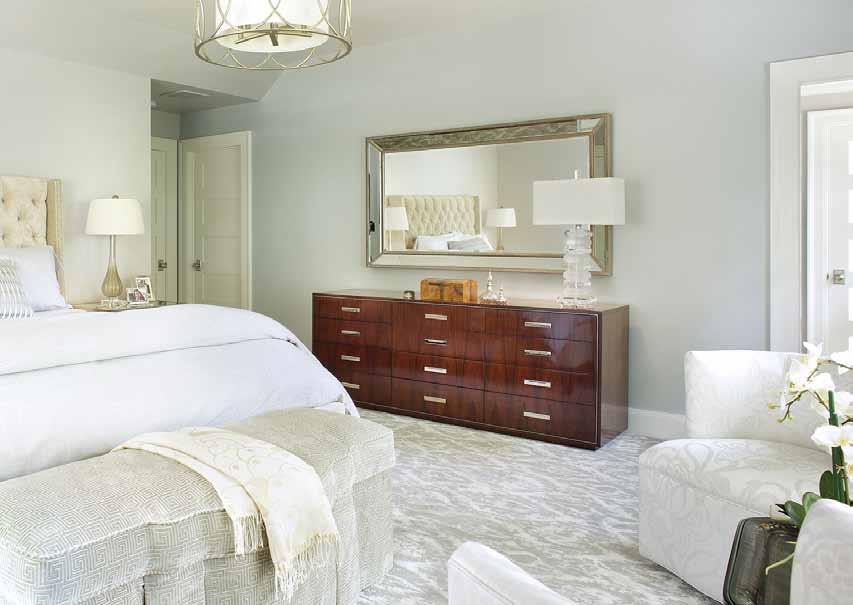 In the master bedroom, a palette of whites, greys and faint blues creates an aura of calm. An upstairs alcove now does double-duty as the wife’s office and pretty sitting room. The husband’s office boasts masculine, Machine Age chic, thanks in large measure to the “riveted” wall covering. Gold and platinum records, souvenirs of a career in the music business, adorn the walls.

Although the music industry long ago went digital, the title of record producer has lingered in the public imagination. Indeed, singles and albums that go “gold” or “platinum” are still commemorated with award plaques that showcase metal-plated vinyl records.

When a successful music producer and his wife downsized their home in Ridgefield, Connecticut, they tapped Margaret Farrell and Patty Hessel of THT interiors to handle the interior design of the new house. The duo made the owner’s gold and platinum records a featured part of the décor. It’s a tribute to their skill that the records function as artwork and not a commercial wall of fame. The home office where the records hang is a refined, quietly handsome space, with nary a whiff of memorabilia shop, music café or sports bar. This room tells you that its owner is indeed the man and not a mere fan. 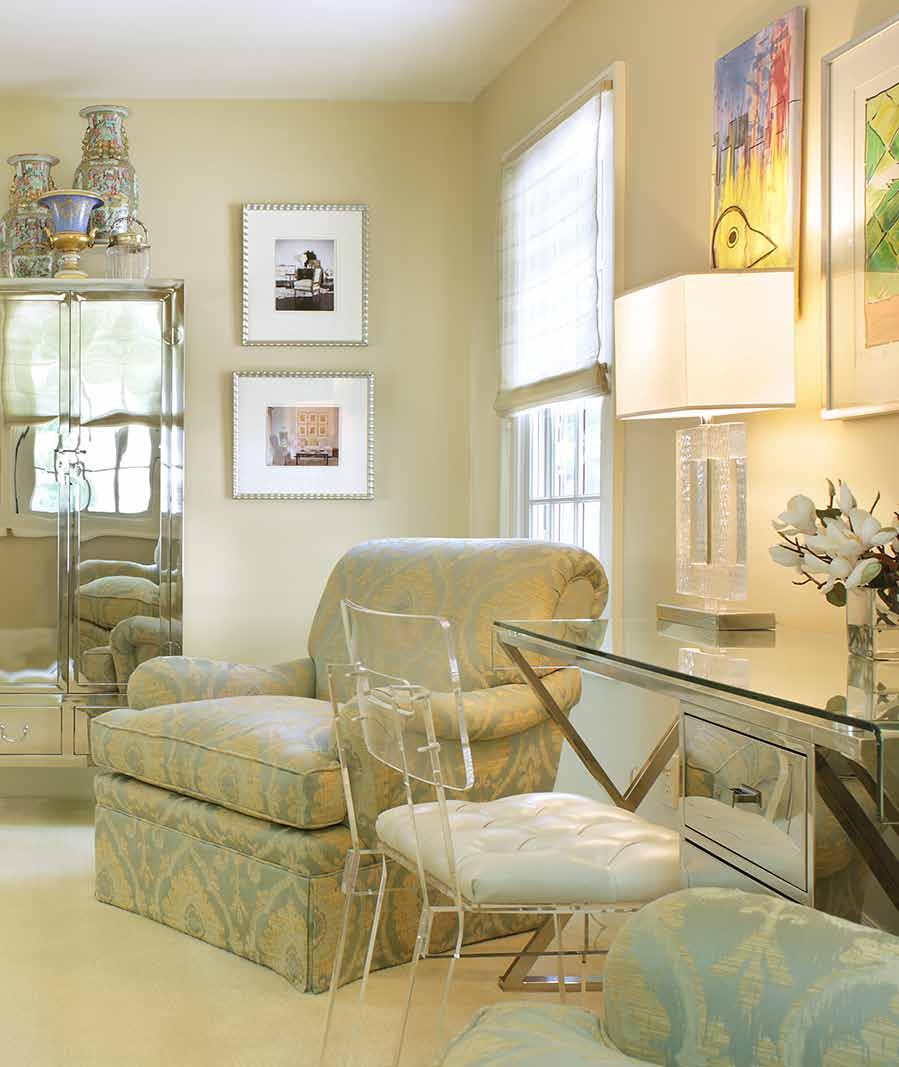 Elsewhere in the home, a light spirit prevails in the décor. “The previous house had a large formal living room and family room,” notes Farrell. “The new house is smaller, with an open floor plan. Our challenge was to maintain the sophistication level while combining two rooms, including the client’s art collection, into a single space. It was important to keep things airy and not over-furnish.”

The living room was designed to showcase for the owners’ collection of paintings and objets d’art. Here the designers effortlessly mingle two centuries of style, ranging from a Regency hall table to a unique upholstered coffee table with an inset mirrored top.

Upstairs, the designers’ brief was to make the master bedroom “tranquil, comfortable and lush,” says Farrell. To help banish clutter, a small bedroom was transformed into an all-in- one closet, dressing room and home theatre. An alcove became the wife’s office; it doubles as a sitting room where she can entertain a small group of friends. There are no grand gestures in the interior design or architecture of this home, which was furnished by Safavieh. “The owners weren’t looking for us to pump up the volume,” says Farrell. Rather, each room speaks subtly of luxury.