Celebrating A Century Of Style

Meet the five brothers who built Safavieh into the world’s leading weaver of fine rugs and the ultimate home furnishings emporium. 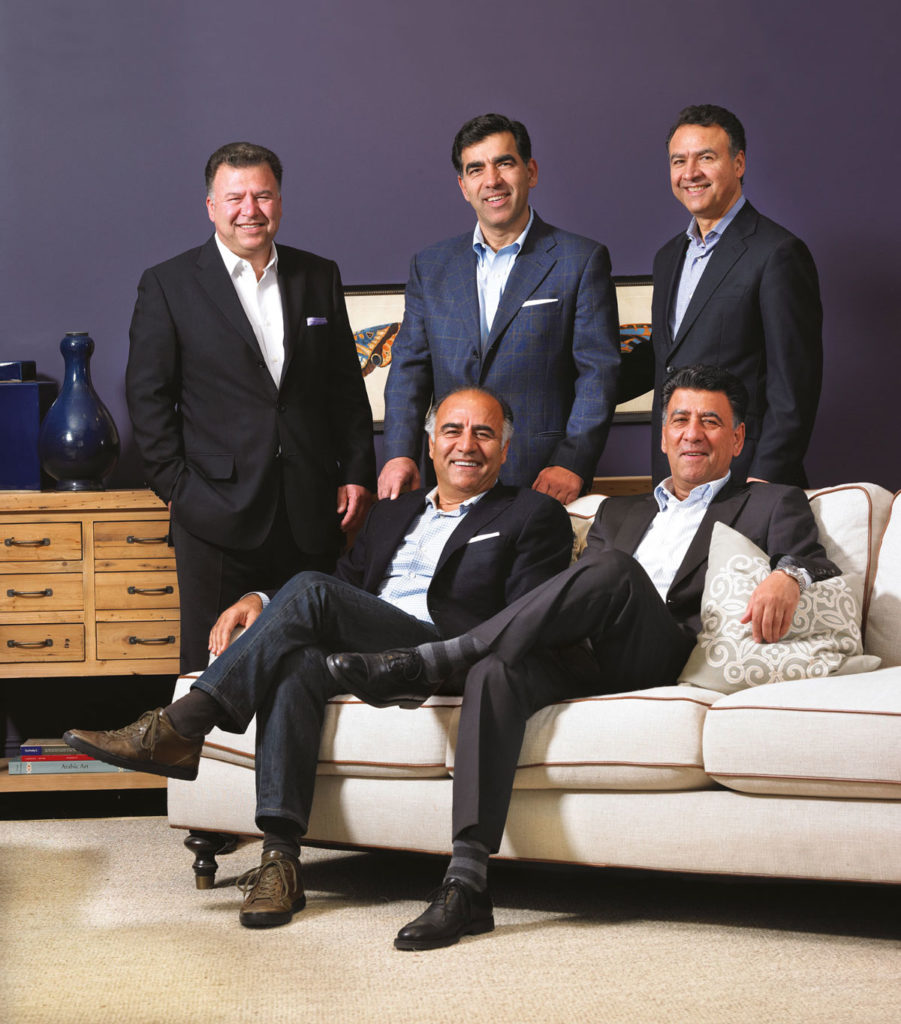 The five Yaraghi brothers own and operate Safavieh, the business started by their grandfather 100 years ago. Standing, (left to right), are Michael, Darius and Arash; seated are Cyrus and Ahmad.

Of the many successful family businesses in America, it’s almost unheard of for one to blossom in the third and fourth generation. Yet that’s exactly what’s happened with Safavieh.

It all began in Isfahan, the Persian city that reached its cultural zenith in the 16th century under the Safavid dynasty. Rug weaving evolved then from a nomadic craft to a refined art. “The company that came to be called Safavieh, a nod to the Safavid dynasty, was started in Isfahan by our grandfather, Kazem Yaraghi,” explains Ahmad Yaraghi, one of five brothers who own and operate the firm. “He opened his shop in 1914, selling a carefully curated selection of Persian rugs. Our father, Hamid, entered the business by a different route. Antique furniture was his passion, and he had a gallery before he joined the rug business.” 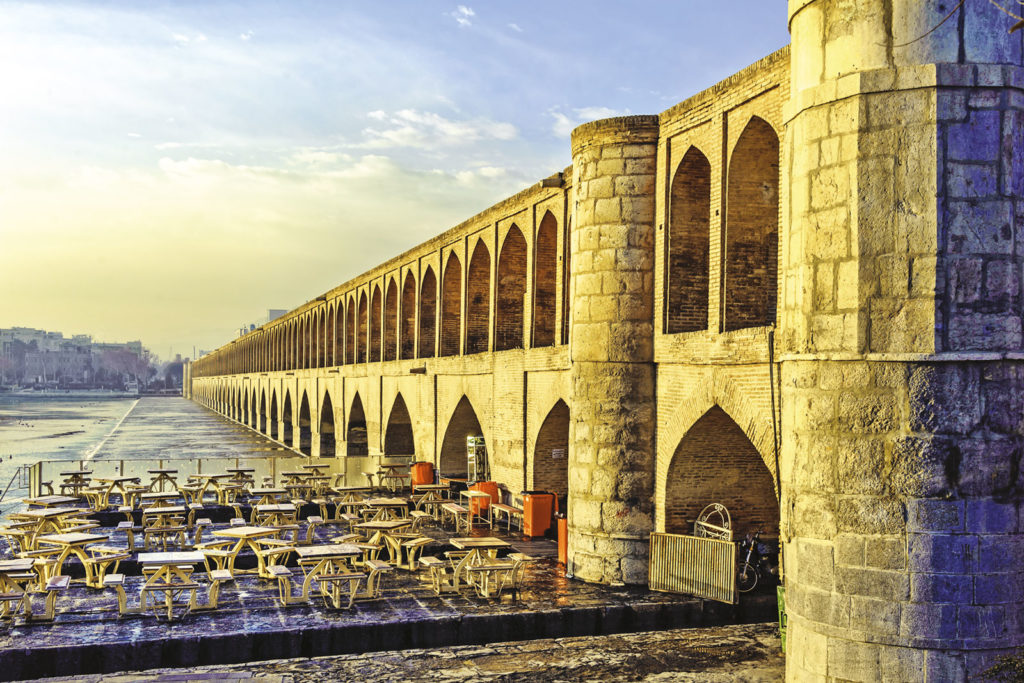 Safavieh was founded in Isfahan, a city famous for stone bridges and other Persian medieval architecture. 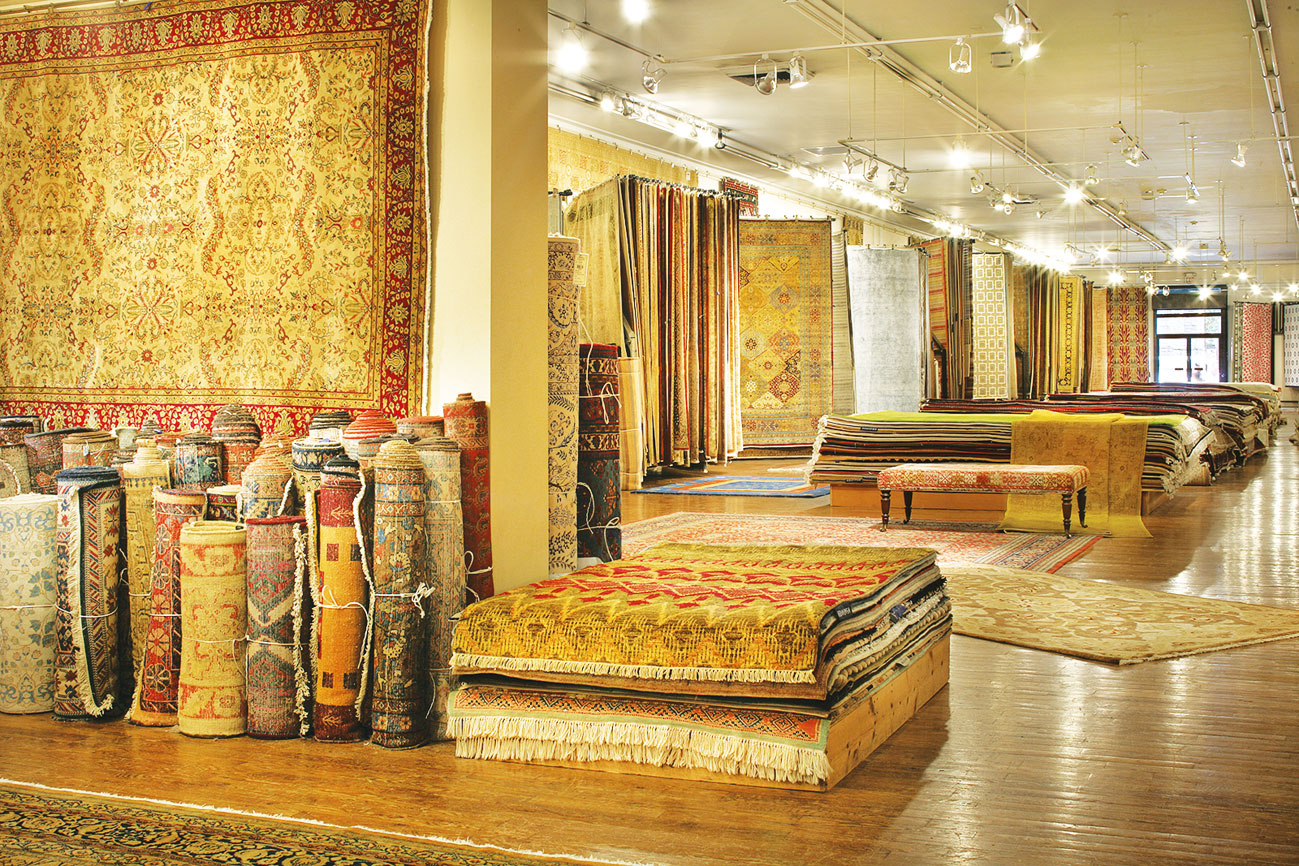 Safavieh was founded in Isfahan.

How did Safavieh reach the U.S.? “Two of us were in New York when the Iranian revolution broke out,” Yaraghi continues. “Unable to return home, we sought advice from our father. Make the best of the situation, he suggested, by opening a showroom of antique Persian rugs. Our Madison Avenue store launched in 1978.” Soon the rest of the family was able to emigrate.

Another milestone occurred in 1996, when the family opened a furniture showroom in Stamford, Conn. The growth of our home furnishings business has been meteoric. Today Safavieh is the largest seller of fine furniture in the New York area, with 10 stores.

But Safavieh is much more than a retailer. It’s a design company, a manufacturer on three continents, a wholesaler and a high-tech logistics company, with 1.5 million square feet of warehouse space.

The founder’s son, Hamid Yaraghi, seen working at his antique desk, began his career as an antiques dealer.

What’s the secret, other than sheer determination? “Since our grandfather’s day, customer education has been a core philosophy,” says Yaraghi.“Research and development is also key. We study design and fashion trends, seeking to introduce new designs before the rest of the market.

“And then there is the power of family. It helps that there are five of us brothers. Five passionate guys can be very productive! And now a fourth generation, equally passionate, is learning the business.

“In the end, we only guide our company. Its success is determined by the beauty and quality of craftsmanship applied by artisans around the world, and the way our customers respond to that beauty and quality. We make, collect and curate beautiful rugs and furniture for every taste and budget. That’s been our simple mission, and we plan to continue it for a very long time.”