Interior designer Ron Marshall loves to tell the story of his latest project, a whole-house redo in Fairfield, Connecticut. The English owner of an American company wanted a second home for his family in the U.S. After acquiring a Shingle-style house a block from the beach on an awkward, wedge-shaped lot, he gave Marshall a difficult commission: Have everything ship-shape in four months, when the family would cross the Pond for a six-week stay. As the homeowner put it, he wanted his daughters to be able to jump into the swimming pool the minute they arrived.

Trouble was, the swimming pool didn’t exist yet. And more to the point, the house was a bit of a shambles. 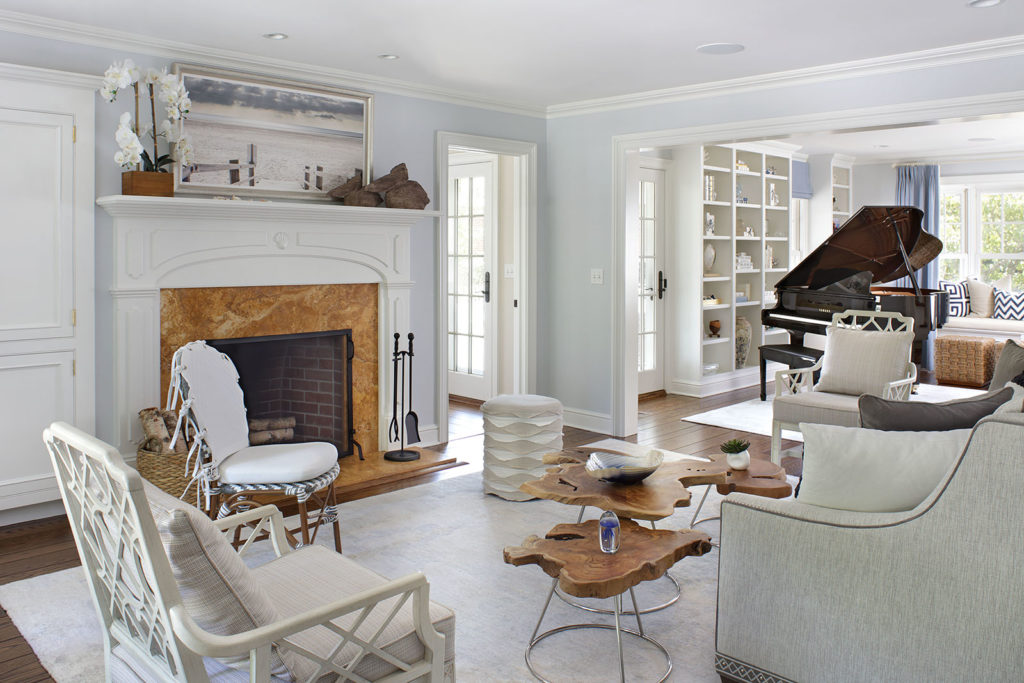 In this coastal-style living room, light colors and an abundance of natural light highlight nautical details and wildlife themes. Designer Ron Marshall acquired every item on behalf of his international client, from the baby grand piano to the birch logs in the fireplace.

This was just the kind of challenge that Marshall loves. Give him carte blanche, and he takes care of every detail. Outside, he designed and commissioned the pool, along with a spa, fire pit, fountain, fencing, hardscape, plantings and landscape lighting. “I redid literally every surface of the house and property,” he recalls. 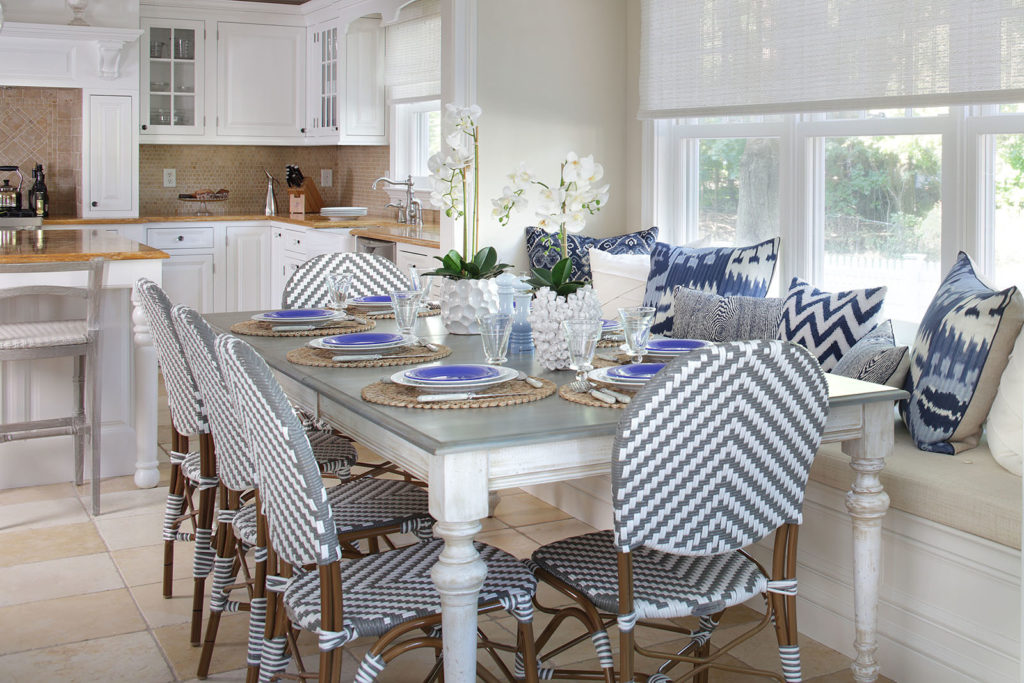 Inside, he pulled off a magic trick, creating an instant home that looks anything but. It’s filled with personal mementos, including many framed photographs of the homeowners and their daughters taken in beachy environments around the world. The images were emailed from England, and Marshall had them printed and framed. One of the bigger purchases was a baby grand piano for the lady of the house, an accomplished musician. Marshall even stocked the bathrooms with monogrammed custom bathrobes and towels. 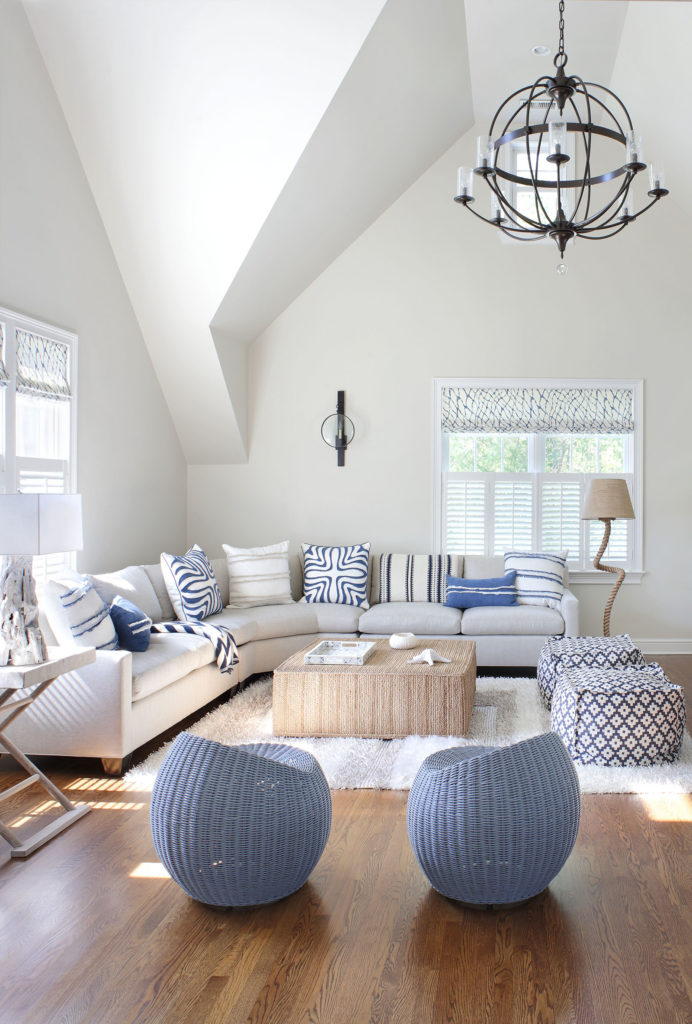 The family room is designed for hard wear and casual play. Wicker chairs and ottoman-style seats are easily moved around to suit the occasion. A fun rope lamp with a straw shade contributes to the nautical atmosphere.

Not only is the home full of personal touches. It also expresses a unified theme of coastal style. Marshall calls this look “up-to-date Nantucket” and points out that it can work virtually anywhere near water in New England and the Middle Atlantic. Casual and refined, the style is characterized by white surfaces accented by light blue fabrics; liberal use of natural materials such as jute, wicker and wood slabs; and marine and nautical themes. 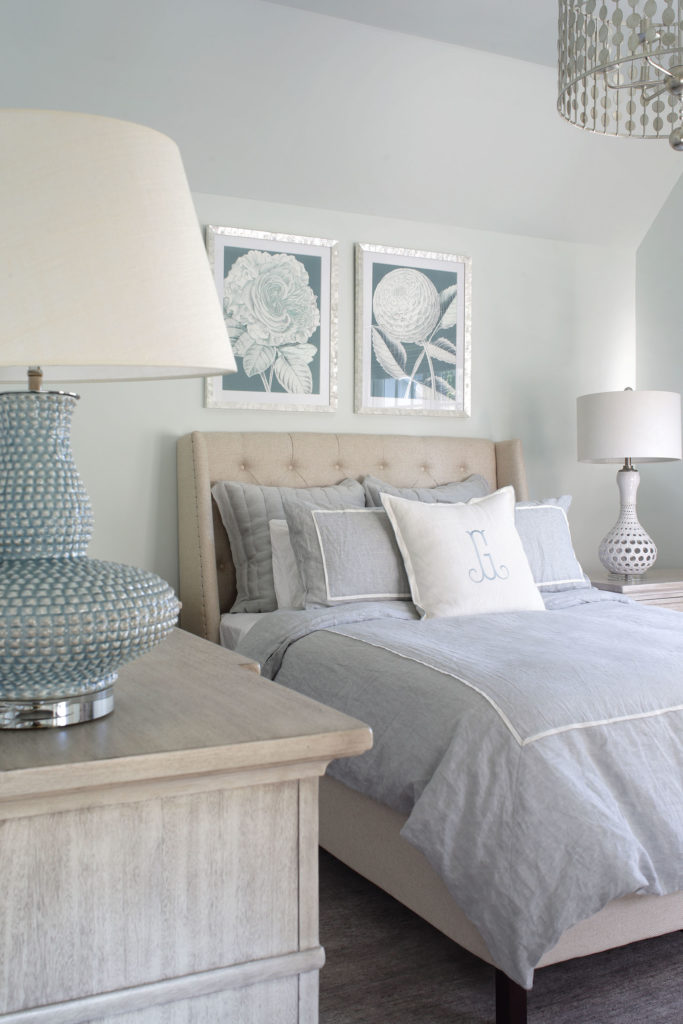 Swathed in soft linen, the guest bed appears to guarantee a restful night’s sleep. This beachy guest room is as polished and commodious as any master suite.

No nautical detail proved too small for Marshall, who used boat hardware to affix sailcloth covers to bistro chairs. Coastal wildlife is represented everywhere: Seashells are etched on barware. Weathered wood pelicans are at home near a glass sculpture of a jellyfish. 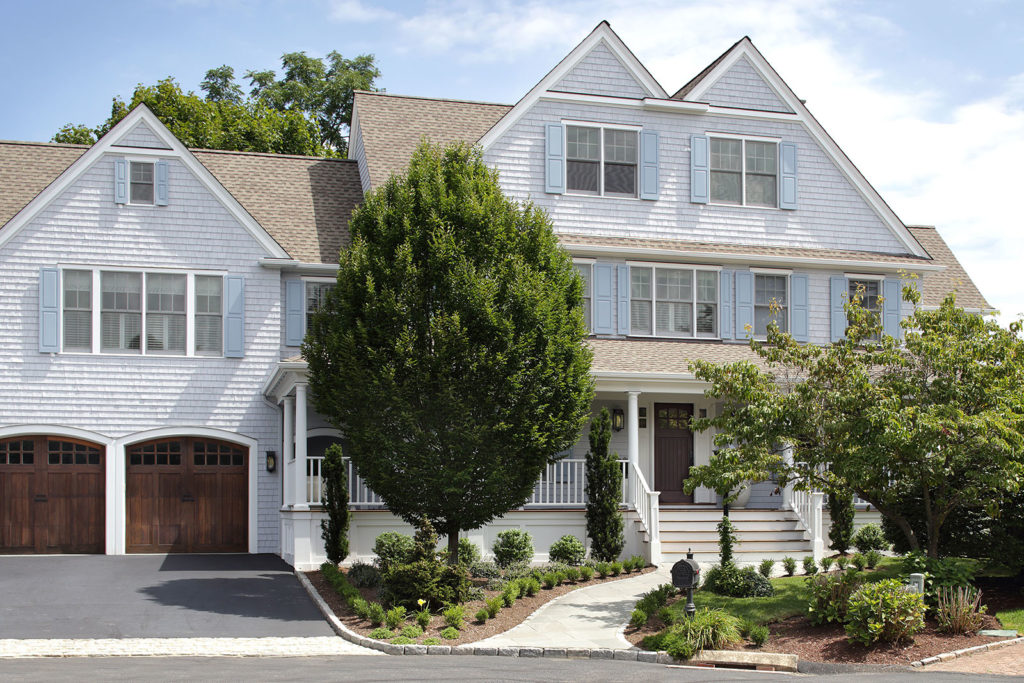 The façade of the house was stained dark, with green shutters, before Marshall lightened it up with a Nantucket-style makeover.

How did all this get done in four months? Part of the secret is choosing the right suppliers. For instance, Marshall worked, as usual, with Judy Sullivan of Safavieh’s Stamford store to select furnishings and rugs. “Ron makes crisp decisions,” notes Sullivan, “and Safavieh has an extensive in-stock program with fast, white-glove delivery.”

Getting owner approval could have caused delays. But, says Marshall, with Skype, texting and email, the long-distance collaboration was actually very smooth. “I’d text pictures of anything I recommended buying, along with the price, and I could count on a very quick response.” 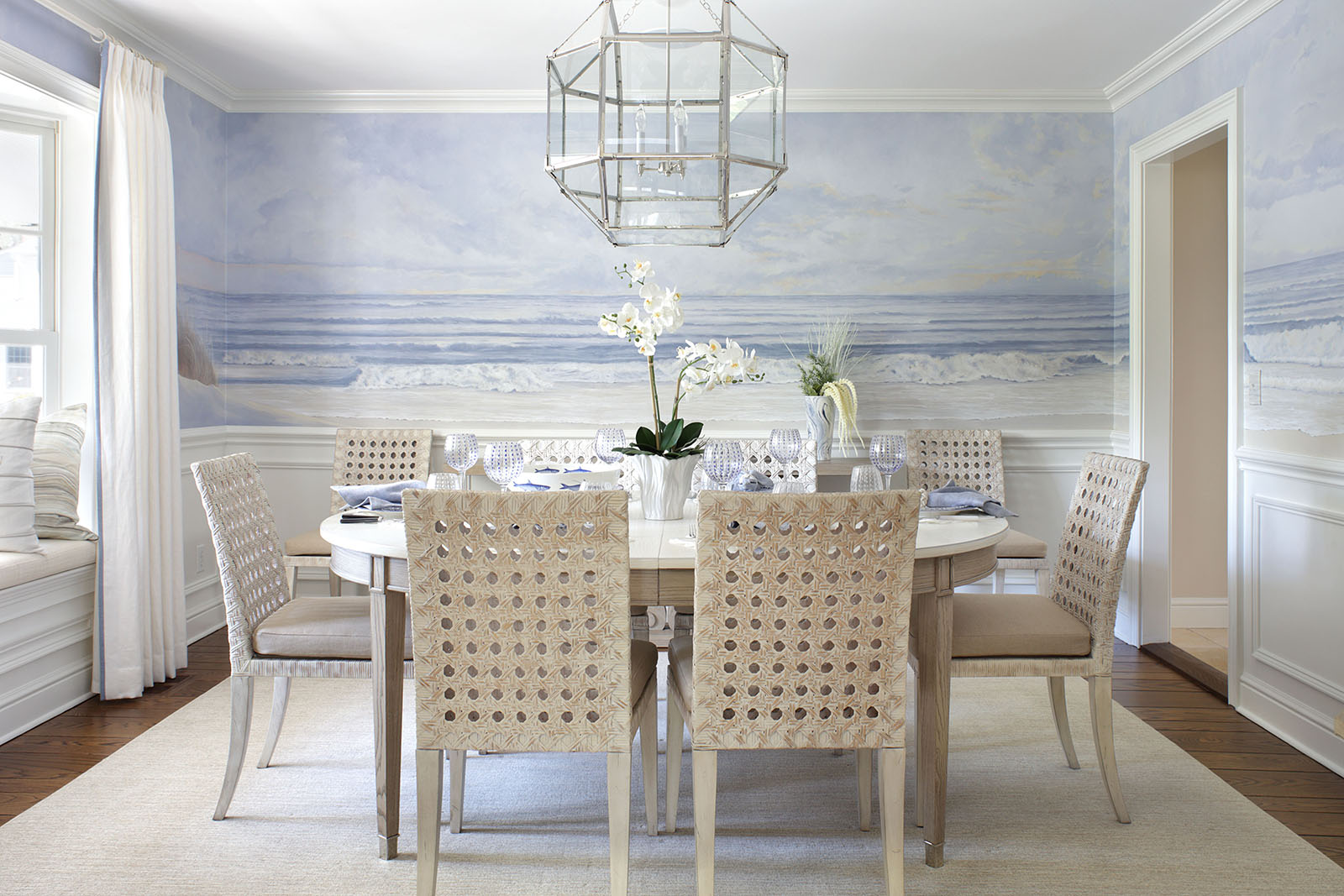 For the dining room, Marshall commissioned a hand-painted mural to be installed at eye level above the wainscoting, providing diners with the sense that they’re picnicking on the beach. The scene, which was painted off-site on canvas and is removable, wraps all four walls. A sand-colored rug and washed, woven chairs help complete the illusion.

When the owners did arrive for the summer, all was in readiness, including a tea kettle, a coffee maker—even the tea and coffee—plus a stocked pantry and bar, and all the beach towels needed for that inaugural dip in the pool.