When a couple got the chance to renovate an apartment on storied Montague Street, downsizing felt like an upgrade. 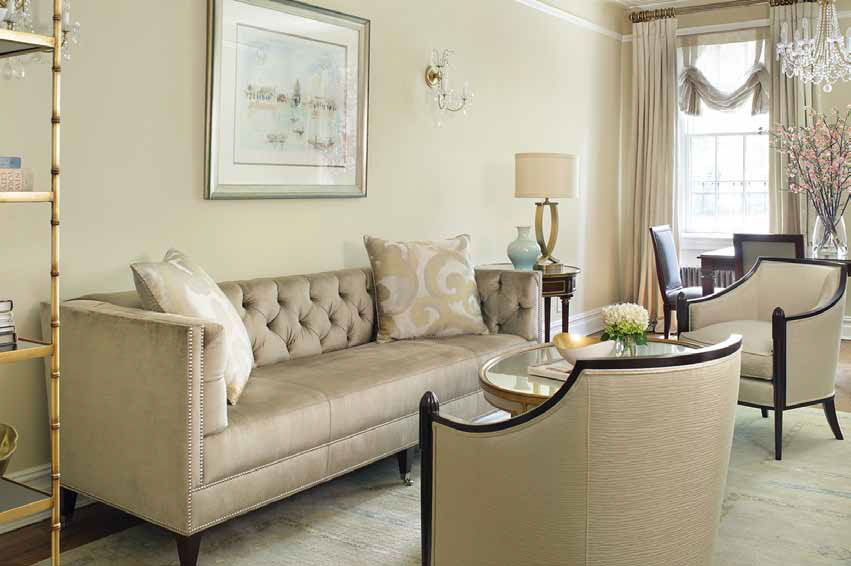 In the sunny breakfast area, a round mirrored chandelier reflects the table below. The crisply tailored living room doubles as a dining room when company visits. In the bedroom, wall covering in an oversized damask pattern and a bed in the Louis XVI style add gracious formality.

The top of Montague Street in Brooklyn Heights is thick with historical and literary associations. Probably the best known is Bob Dylan’s verse from “Tangled Up in Blue”:

Two centuries earlier, the actual Revolution was fought here: A plaque at the end of the street marks the spot where Washington planned the Battle of Long Island from the since-vanished house known as Four Chimneys.

A scant hundred steps away is the brownstone in Montague Terrace where the poet W.H. Auden lived and wrote in the late 1930s, and immediately next door to that is the townhouse where the novelist Thomas Wolfe lived and wrote a few years before.

These associations were part of the allure for Michael and Maya Grinfeld, who recently downsized their home. They traded a large suburban house on Long Island for a four-room apartment near the top of Montague Street, just a block from the Brooklyn Heights promenade, with its jaw-dropping views of New York Harbor, the East River and lower Manhattan. 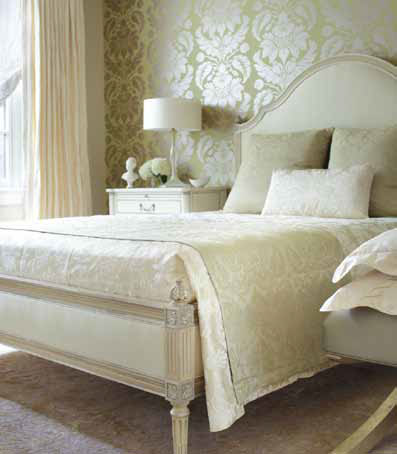 Michael, a real estate agent who specializes in Brooklyn Heights and adjacent neighborhoods, gets a gleam in his eye when he talks about his new environs—the history; the views; the quiet, tree-lined streets; the farmers’ market; the cafés and shops.

Getting there took time. The move started a major renovation of the original apartment in a Depression-era building. Walls were relocated, doorways created, the kitchen gutted and replaced. Then it got easy: Rather than editing down the large-scaled furniture from their house, the couple simply started over, working with designer Jillian Bates from Safavieh’s Manhattan store. In space that barely tops 1,300 square feet, Bates carved out a spot within the living room for a dining table that seats 12; a charming, light-flooded breakfast nook within the kitchen; an office/ library/entertainment room, and a master bedroom.

The layout allows for frequent entertaining of friends and family. After meals, the program is usually the same: a group walk to the promenade, in the footsteps of history, to drink in the postcard view.