Channeling her work in the Hamptons, a Safavieh designer brings the coastal landscape indoors. 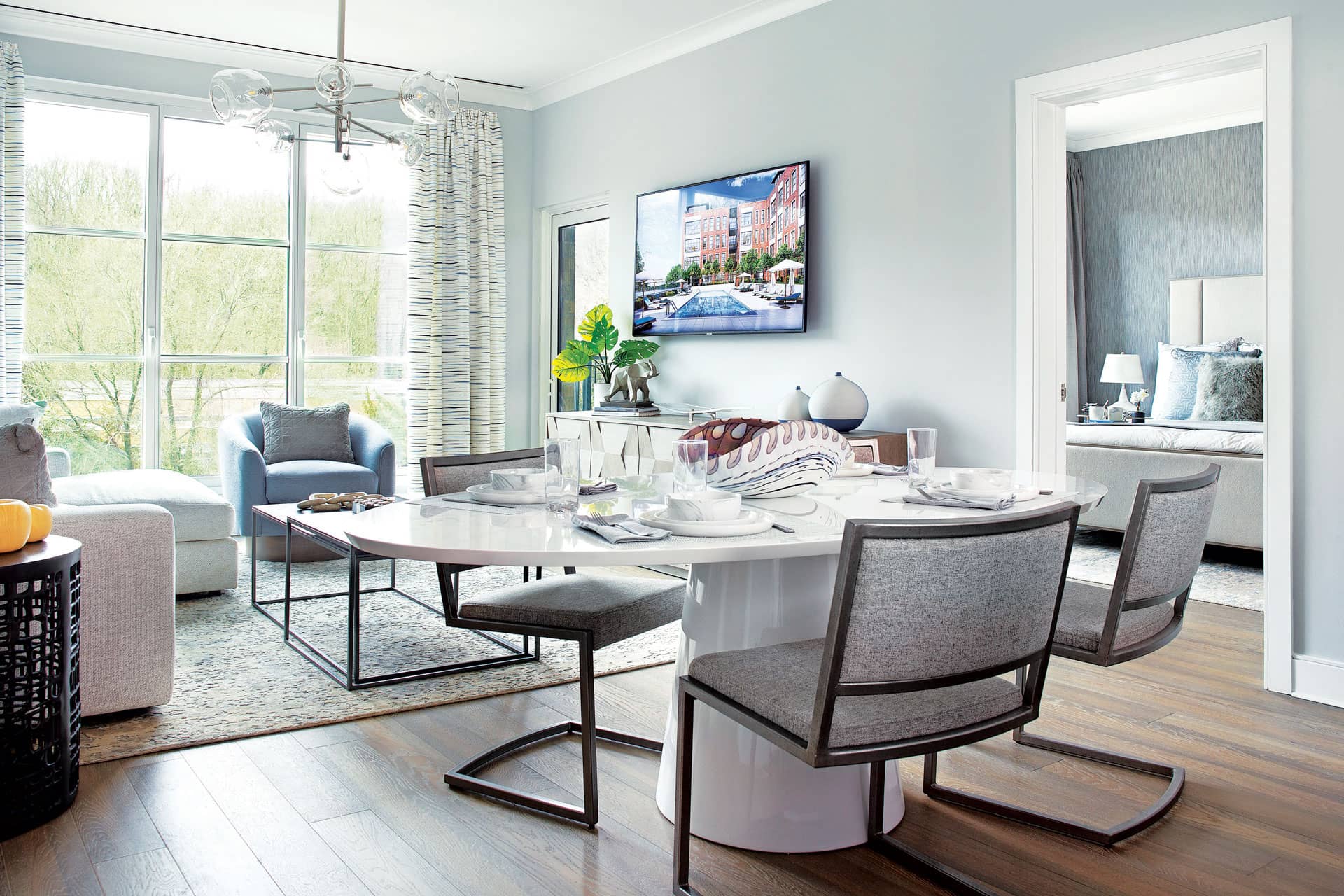 A white lacquer table goes with most any decor. Here designer Karin Krinsky chose an oval shape instead of round, the better to accommodate six guests.

The coastal setting of The Beacon at Garvies Point reminds designer Karin Krinsky of the Hamptons, where she has lot of experience designing second homes. She drew on that familiar, beachy vibe for this model suite. 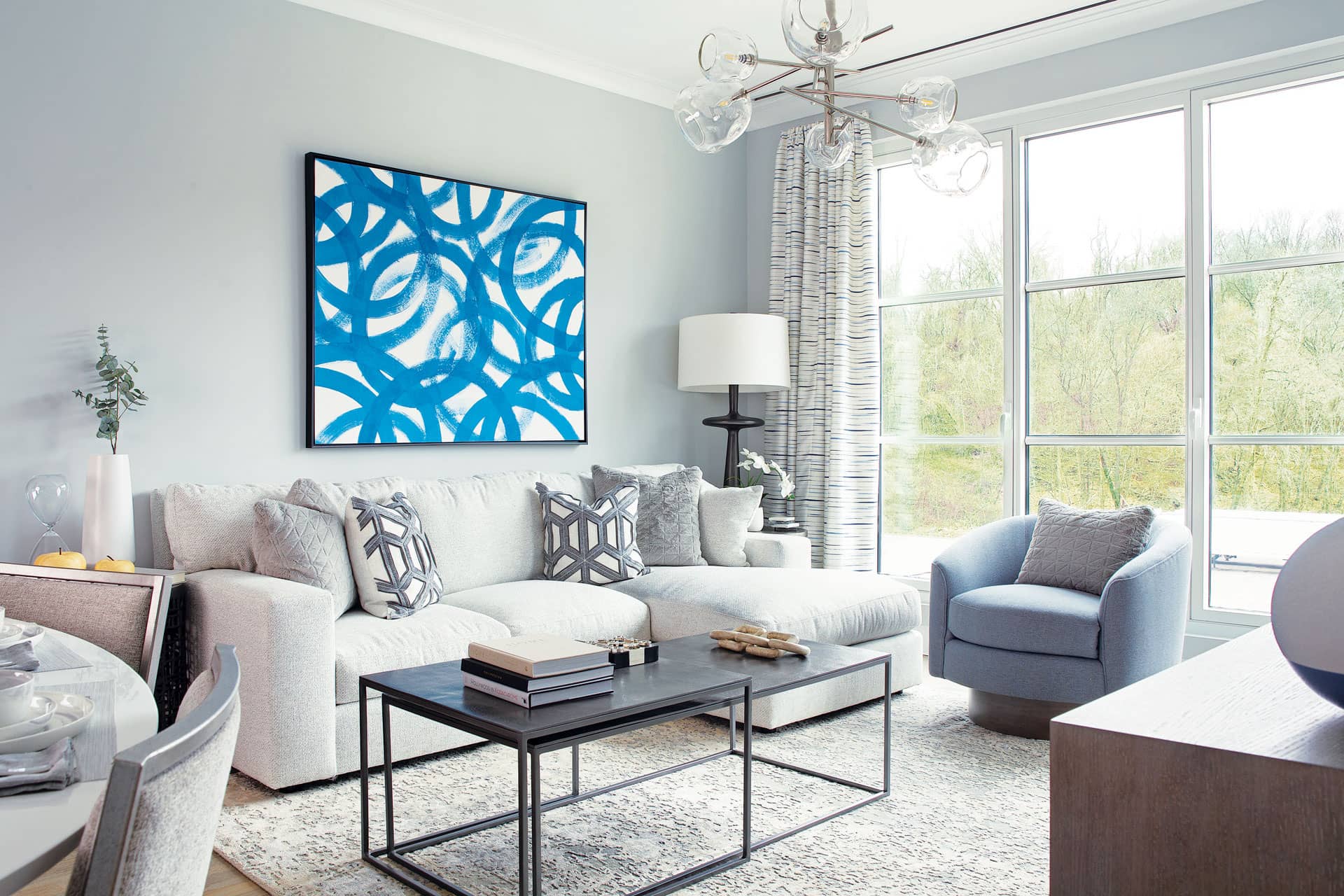 The first piece Karin Krinsky chose for the main living space was the painting of blue circles; all of the accessories key off these shapes and colors 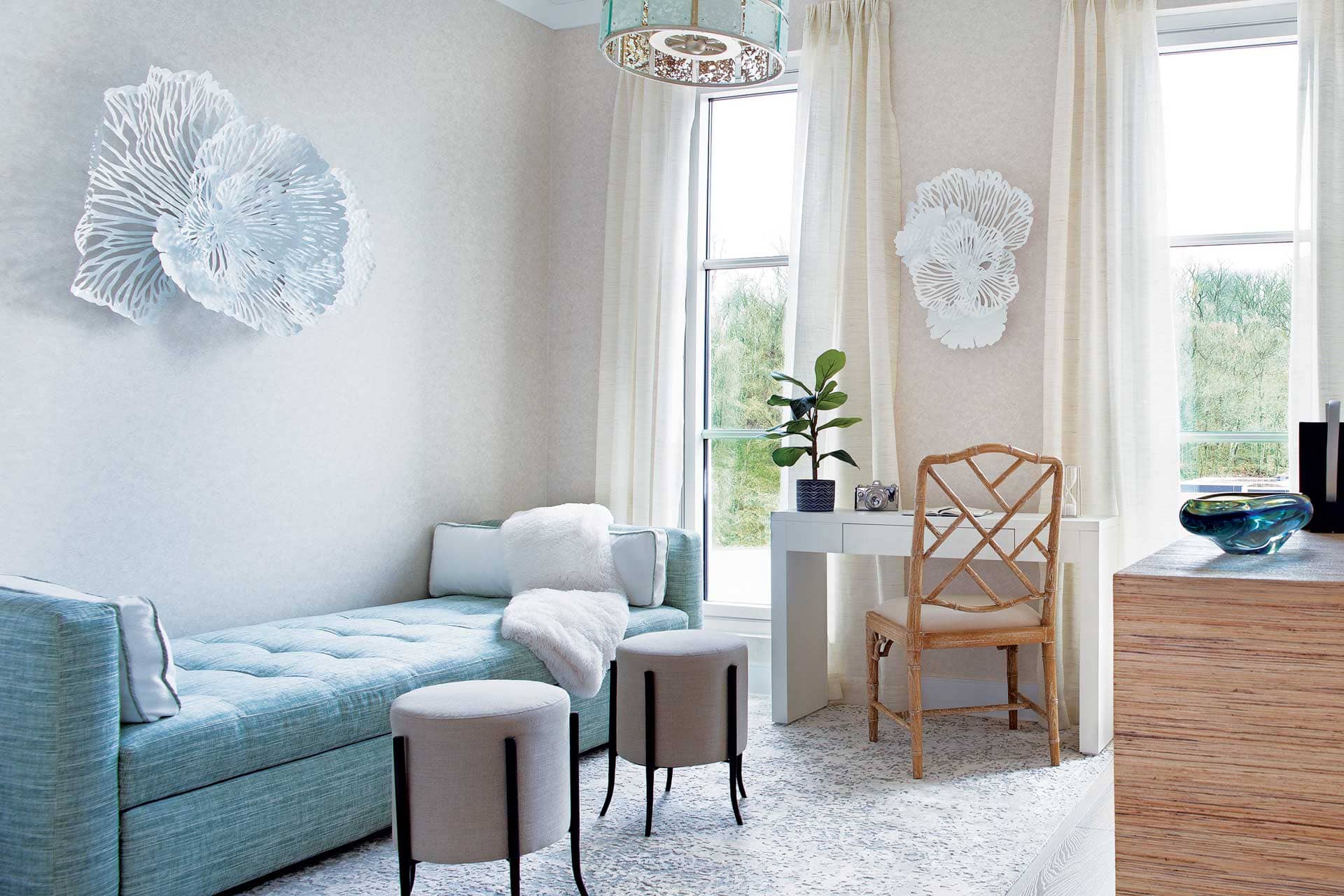 In the office, which doubles as a guest room, she used natural fabrics to echo the landscape outside.

The hypothetical client presented to Krinsky, who is based at Safavieh’s Manhasset, N.Y. showroom, was a downsizing couple with family that comes often to visit. This called for a practical approach to a cozy apartment, so Krinsky turned the second bedroom into an office/sitting room that could double as a guest room.

She chose organic materials and forms to reflect the surrounding landscape and seascape. This included a soft green convertible daybed, a raw grasscloth-covered dresser and a white linen-covered desk, all of which suggest the native grasses that surround The Beacon and the adjacent 56-acre Garvies Point Preserve. Walls covered in snakeskin vinyl are adorned by laser-cut metal flower sculptures, and a Depression glass chandelier completes the look.

In the master bedroom, Krinsky chose a unified palette that she calls driftwood gray. The look is weathered and casual—except for the use of luxurious bed linens because, she asks, who doesn’t love luxurious bedding? Adding to the coastal motif are the dresser and nightstands, which feature artisanal hammered metal pulls on "greige" wood.

The main space of the apartment is designed around a painting of blue concentric circles on a light gray background. “That was the first thing I selected,” says Krinsky, "blue being my signature color. All of the accent pieces in the space key off this artwork."

She placed a swivel chair by the window so conversation could, well, swivel between the kitchen and seating areas. That’s just one more of the practical touches that make this modern, casual, coastal home eminently livable

The master bedroom is done in "driftwood gray" for a seaside feel.