An apartment in a famous former hotel for women gets a stylish makeover.

From the Roaring Twenties to the Swinging Sixties, young ladies from small-town America who came to Manhattan looking for stardom, a professional career or a rich husband made their base the Barbizon Hotel for Women. Lauren Bacall, Joan Crawford, Grace Kelly, Gene Tierney, Candice Bergen, Ali McGraw and Cybill Shepherd all lived here before they made it big. (A writer for Time magazine said the hotel housed “the greatest concentration of beauty east of Hollywood.”) Edith Bouvier Beale—“Little Edie” of Grey Gardens fame—called the Barbizon home, as did such literary lights as Joan Didion, Slyvia Plath and Eudora Welty. Safe as a convent and convivial as a sorority house, the Barbizon became famous as a glamorous safe haven; men were forbidden to venture beyond the lobby. 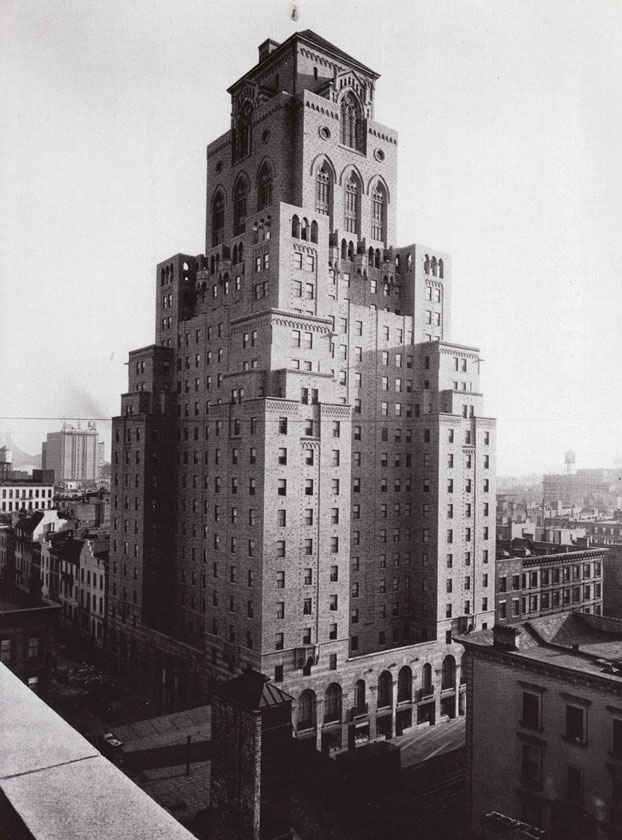 The Barbizon served as home to Joan Crawford, Grace Kelly and a bevy of other future starlets who came to New York seeking fortune.

The Barbizon’s heyday of pencil-skirted, cigarette-holder-clutching ingénues may be long gone, but the building on the corner of 63rd and Lex lives on as a glamorous address. A coral-colored brick and stone confection of Romanesque, Gothic and Moorish elements, the hotel was converted to luxury condominiums in 2005 and re-christened Barbizon/63. Along with a handful of holdover hotel tenants (protected by rent control), latter-day inhabitants include Ricky Gervais and François Pinault, the French billionaire and father-in-law of Salma Hayek.

An apartment in a famous former hotel for women gets a stylish makeover. 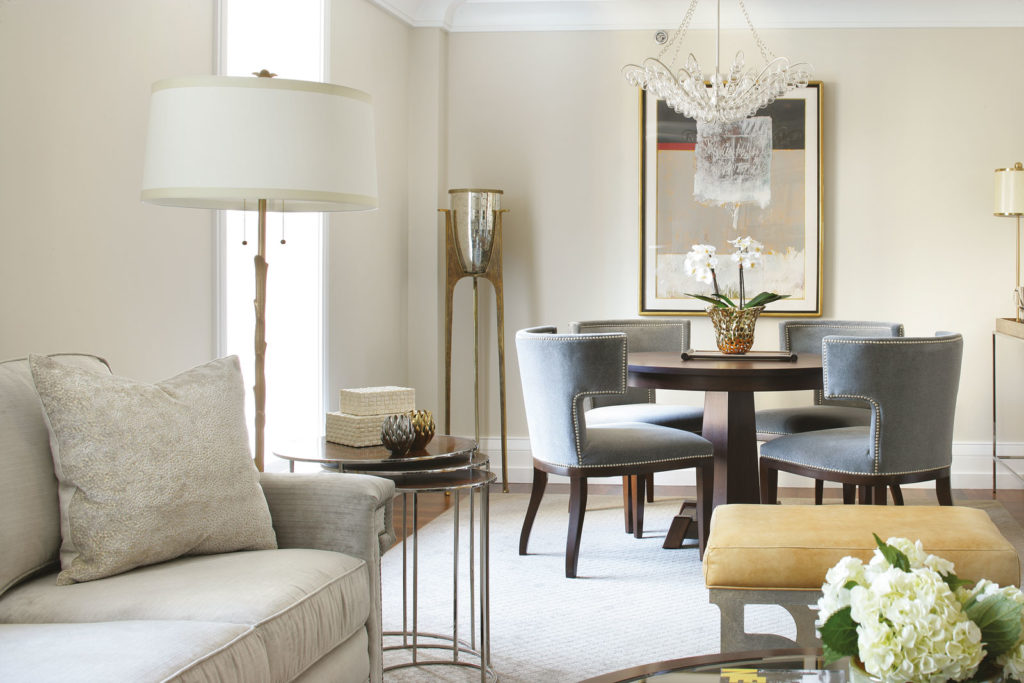 In homage to this storied past, designer Luis Ramirez created a restrained, sophisticated interior for his clients, a couple whose main home is in Nashville. Subtly patterned rugs, tailored velvet upholstery, glass and chrome were the order of the day. An Art Deco torchère in the corner provides a visual link to the Barbizon’s birth in Jazz Age Manhattan.

When a couple from Nashville asked Safavieh to decorate their second home here, they envisioned something sleek and modern. “We decided to echo Art Deco,” says designer Luis Ramirez, “as a kind of homage to the Barbizon’s Jazz Age origins.” 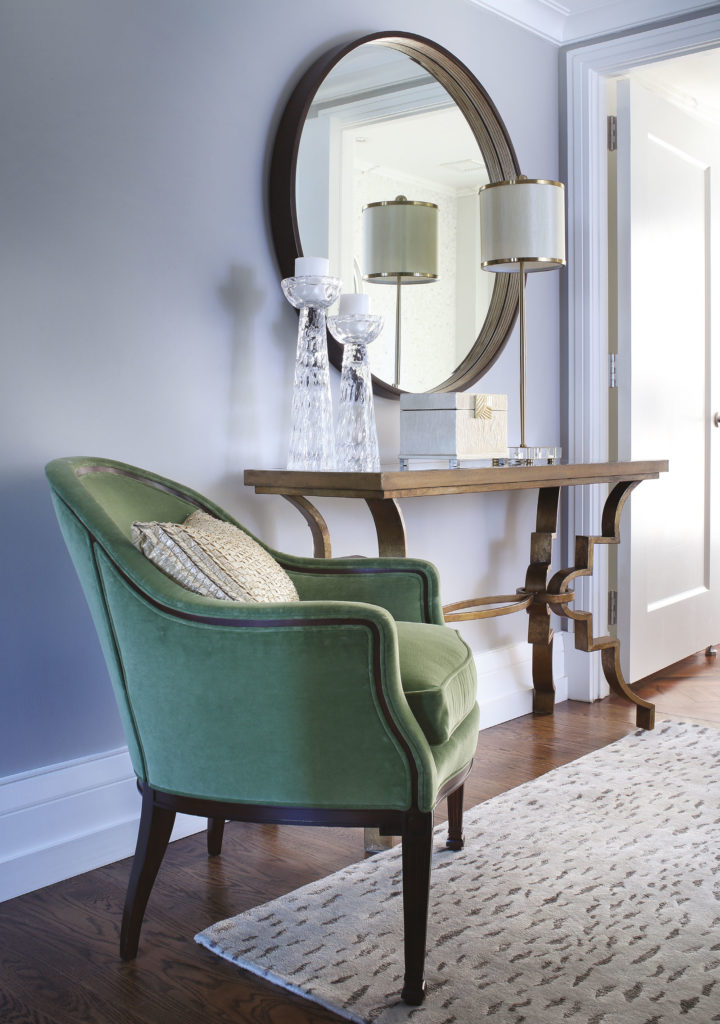 Ramirez selected the furniture for a pleasing interplay of curved and rectangular forms. The legs of the hallway console echo the Romanesque arches and stepped setbacks of the Barbizon’s façade. 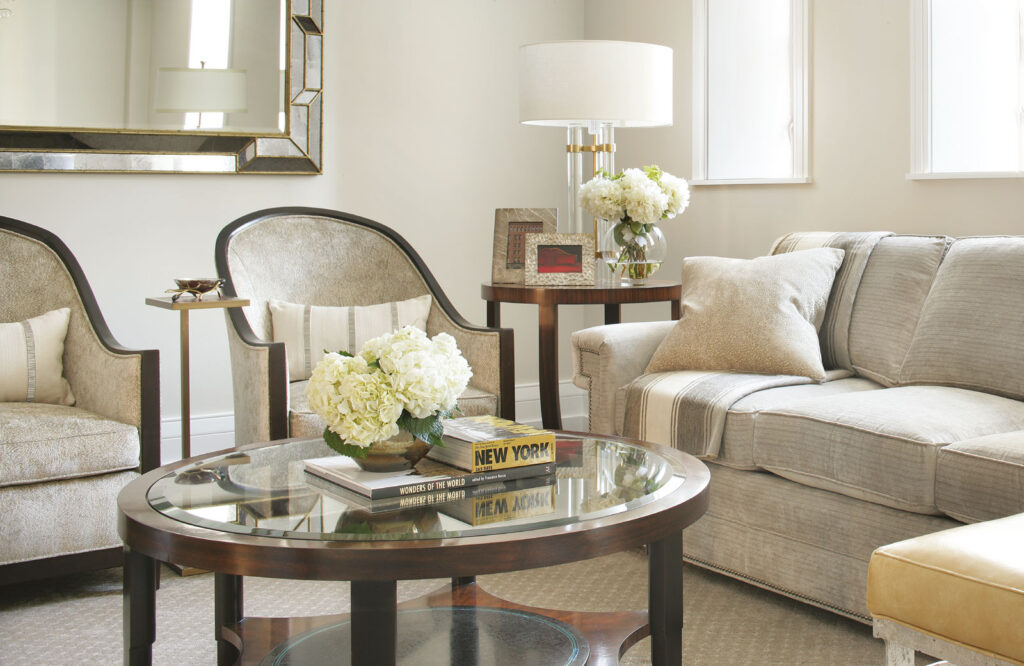 The frame of the mirror also echoes the Romanesque arches and stepped setbacks of the Barbizon's façade. Between the club chairs is poised a diminutive side table topped with a silver candy dish—a witty reference to the stand ashtrays ubiquitous in hotels of the mid-20th century.

As transplants from the American interior, just like so many of the Barbizon’s early residents, the new homeowners are happy to inhabit a space of simple elegance in the center of bustling Manhattan.