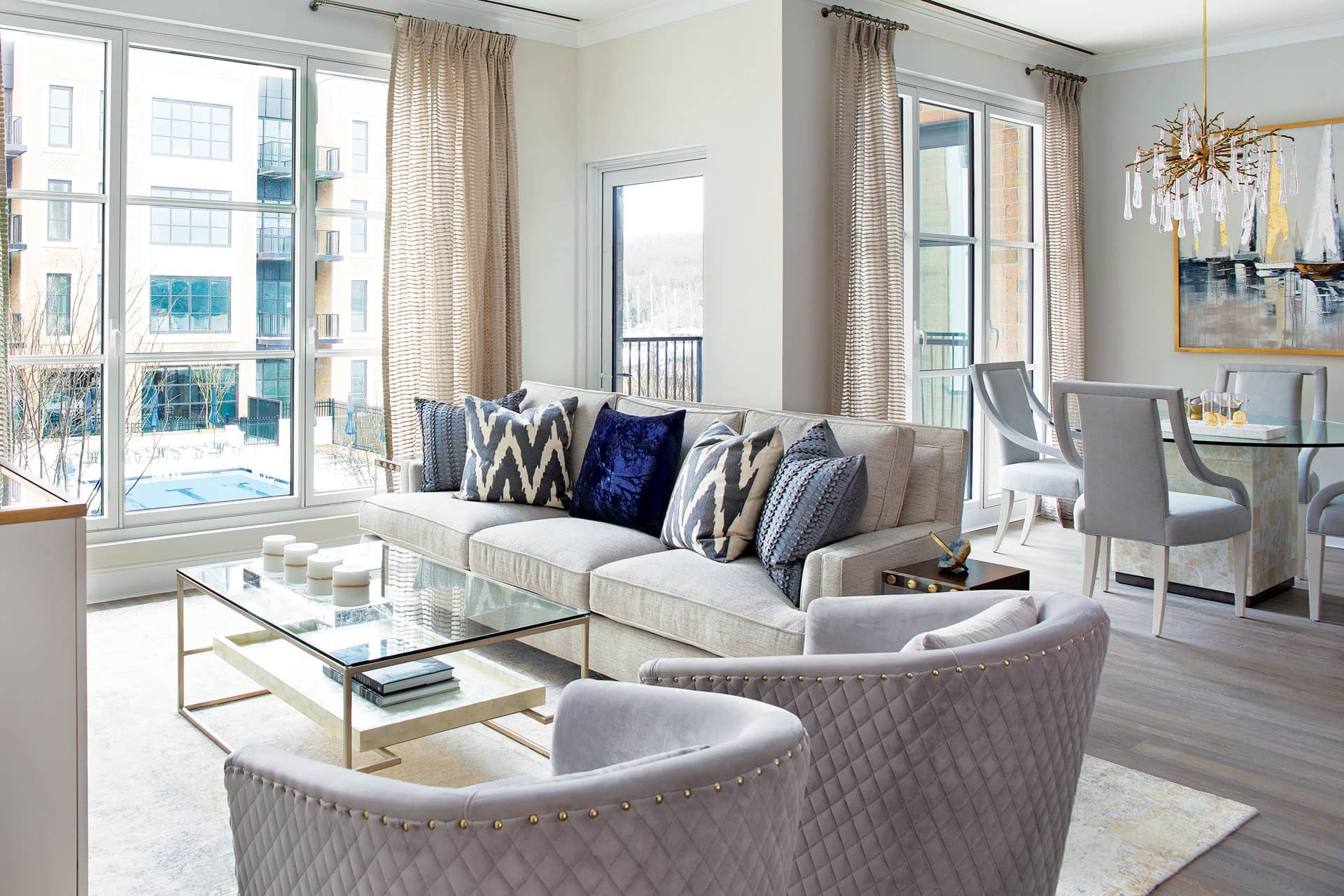 The main living area offers multiple water views, from the swimming pool to a marina bristling with sailboats. The views cued designers Susan Mandel and Vincent Paganelli to use organic forms and materials—the perfect decor for relaxed coastal living.

Every window of this model home in The Beacon at Garvies Point in Glen Cove, N.Y. has a view of the water—whether the swimming pool or the marina or Long Island Sound. That made design choices relatively easy, for Susan Mandel and Vincent Paganelli, designers at Safavieh’s Glen Cove showroom. "Our concept was to use the outside surroundings as an interior landscape," says Mandel, "and thereby create a soothing, calming retreat." 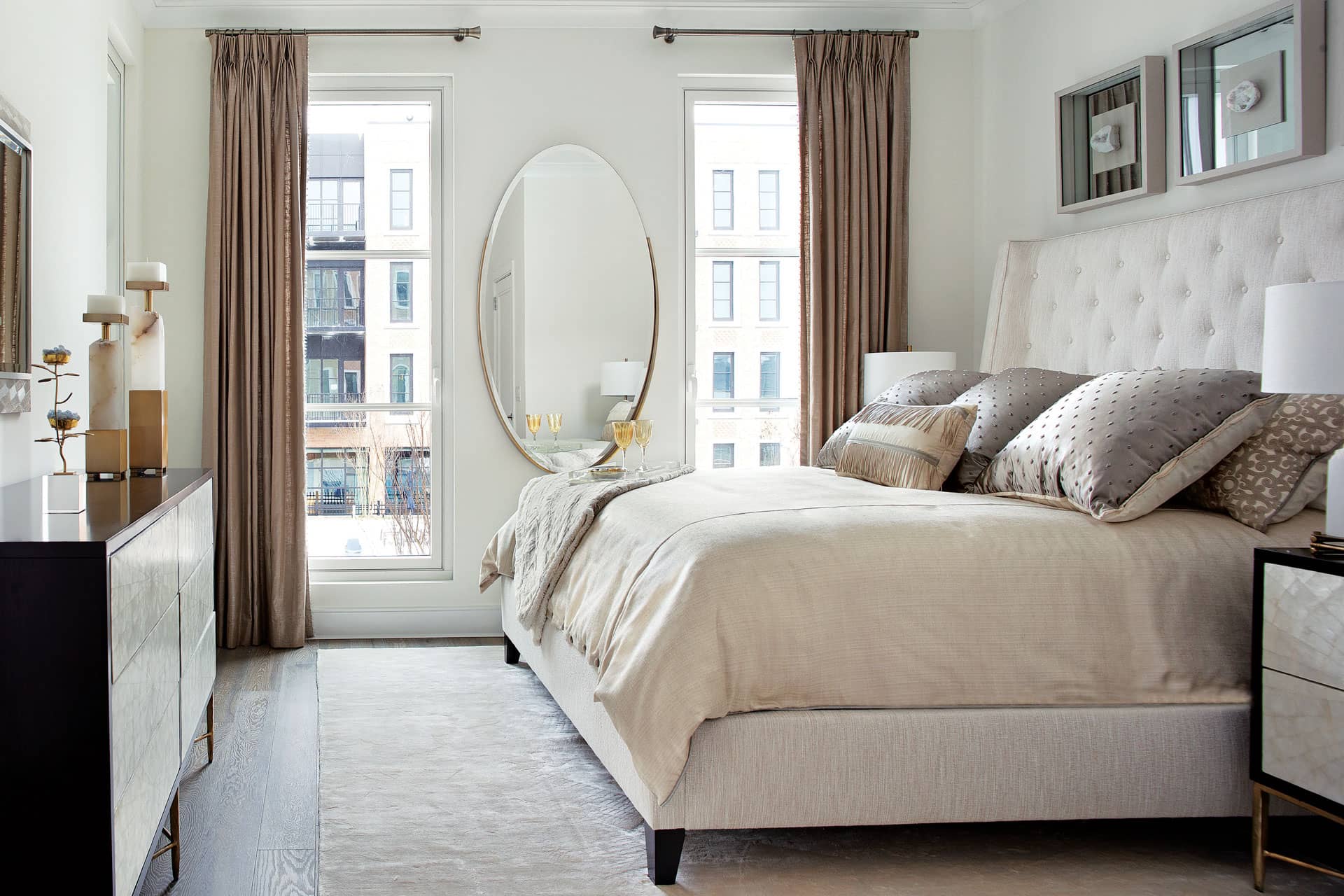 In the master bedroom, Susan Mandel and Vincent Paganelli used seashells and crystalline stones, including alabaster and agate. 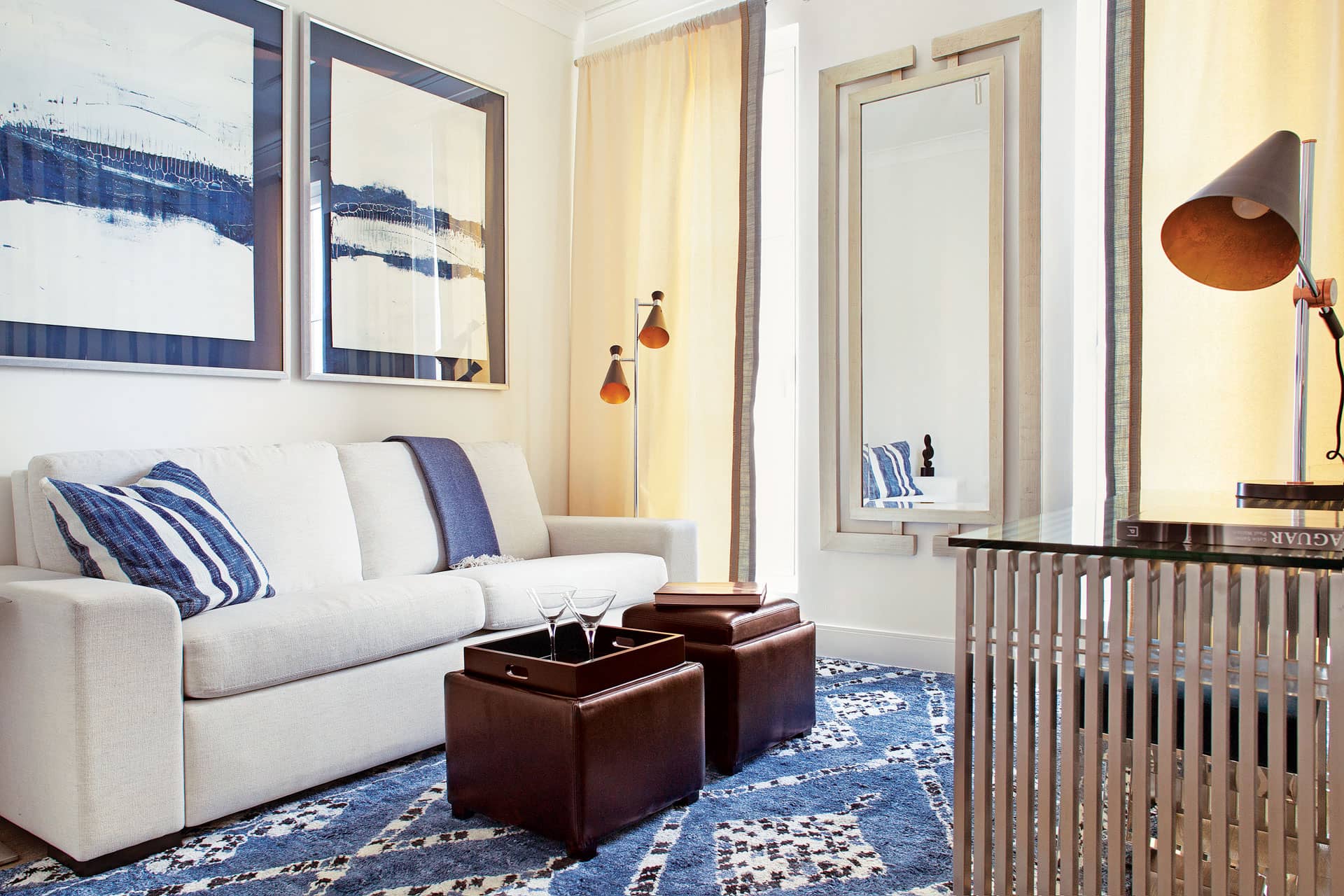 Organic elements were the order of the day. In the master bedroom, they can be seen in the capiz shell veneer on the dresser and nightstands, alabaster lamps and candleholders, and shadow boxes containing specimen agate. A soft Ralph Lauren rug and luxury bedding keep the room light and airy.

In the guest bedroom, which doubles as an office, the glass top of the desk appears to float on slat-like metal supports. "We used non-solid forms wherever we could," Paganelli explains, "because we like to avoid adding visual weight in smaller rooms." A large sculptural mirror finishes this space.

Natural materials come into play again in the main living area. These include mother of pearl veneer on a console and capiz shells on the coffee table. One of the most pleasing forms in the apartment is the curve of the dining chairs. "I chose upholstered chairs for comfort," says Mandel, "and upholstery can look heavy, but the klismos-inspired shape is so light and graceful that nothing is sacrificed." A tree-form chandelier above these elegant chairs is accented by crystal drops, and a painting of sailboats echoes the masts of actual sailboats glimpsed in the marina outside the window. 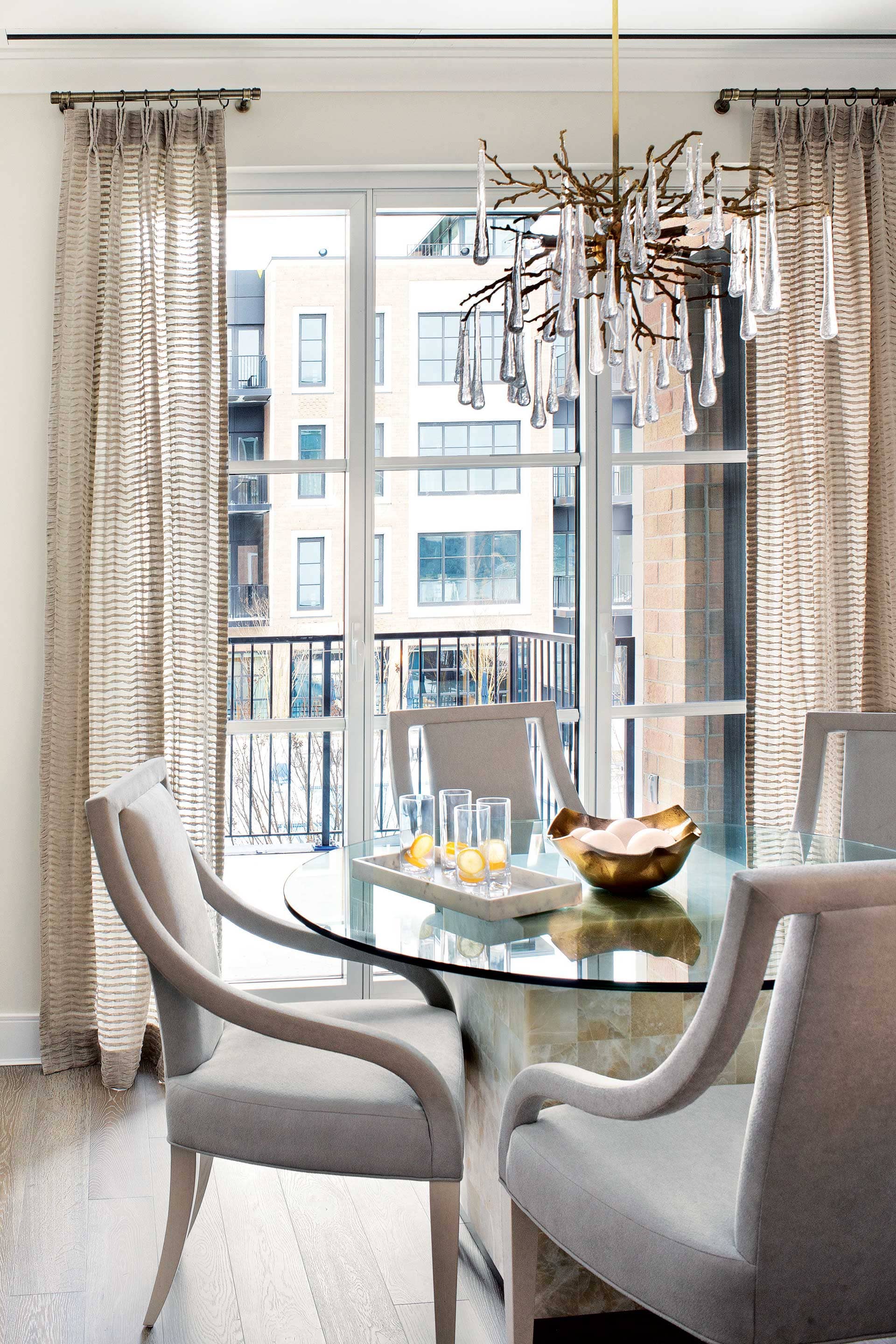 In the dining area, the klismos-inspired chairs are light and graceful, sacrificing nothing to the fact that they’re upholstered for comfort.